His winning clearance added three centimetres to the Swedish indoor all-comers’ record. The 22-year-old Swede ended his series with a three attempts at the would-be world record height of 6.19m, all of which were unsuccessful, but the closeness of two of those vaults suggests the record is living on borrowed time.

As with many of his competitions over the past two years, Duplantis breezed through the opening heights, clearing 5.55m, 5.70m, 5.81m and 5.92m on his first attempts. US duo Chris Nilsen and KC Lightfoot also cleared 5.92m, Nilsen doing so on his first attempt and Lightfoot getting over on his second, making this the first indoor competition in history in which three men had cleared 5.90m or higher.

The two other remaining men in the competition – Emmanuel Karalis and Pal Haugen Lillefosse – bowed out of the competition at that height, both having cleared lifetime bests of 5.81m, a national record for the latter.

Duplantis, Nilsen and Lightfoot all passed at 5.98m, going straight to 6.04m. Nilsen, who last week tied the North American indoor record of 6.02m, beefed up his run-up with a longer pole and had a solid first attempt but was ultimately unsuccessful on all three tries, so too was Lightfoot.

But Duplantis sailed over 6.04m on his first try with room to spare. It seemed that a world record clearance – ‘just’ 15 centimetres higher than that bar – was on the cards, so the bar was raised to 6.19m.

It’s a height he is becoming all too familiar with; this, after all, was the 15th competition in which he had attempted that particular height, having taken aim at it 12 times in 2021 and on two further occasions so far this year. And his attempts certainly suggest that it’s just a matter of time before he succeeds.

But tonight wasn’t the night for a world record. His first attempt was near, and his third was closer still as he gave the bar a slight nudge with his knee and chest, making it wobble for a couple of seconds before it eventually dropped.

The outing was far from a disappointment for Duplantis, though, as he gears up for the World Athletics Championships Belgrade 22. He has set world-leading marks in all three of his competitions so far this year, opening with 6.02m in Karlsruhe, then clearing 6.03m in Berlin and now 6.04m in Uppsala.

His next competition will be at the World Athletics Indoor Tour Gold meeting in Birmingham on 19 February as he returns to the country in which he set the existing world record. 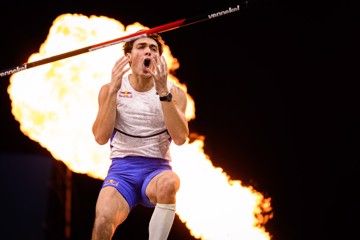 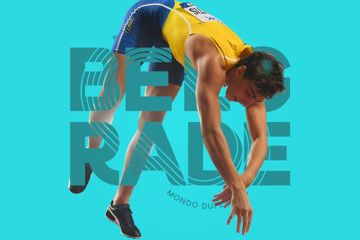