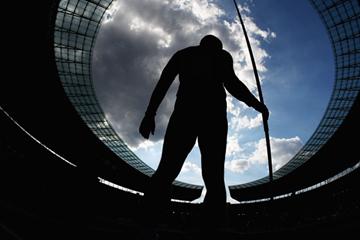 In a Javelin competition where the first round did not promise much, everything was over by the second thrower of round two.

With the second favourite reigning World champion Tero Pitkämäki of Finland in all kinds of trouble before the competition with flu and fever and an ear infection as well, the Finn just could not answer to the Norwegian this time. Surprisingly it was Cuban Guillermo Martinez in the lead after round one with a 83.43m season’s best with Japanese Yukifumi Murakami moving to bronze medal place in round two with a 82.97m result, just 13 centimetres off his 83.10m personal best in the qualification.

The three other Finns in the competition didn’t throw too impressively today with medal favourite Teemu Wirkkala going out of the last three rounds in ninth place with a 79.82m result, just four centimetres shy German Mark Frank’s 79.86m mark at this stage. Tero Järvenpää finished in 11th place with just a 75.57m best throw which wasn’t much in comparison to his fourth place at the Olympics last season.

None of the throwers did much of anything in rounds four or five with only Pitkämäki, who seemed to lack his energy today because of illness, the only man to go over 80 metres with 80.17m in these rounds. Thorkildsen, comfortably leading the competition and with another massive 88.95m throw in round three, fouled his fourth try and then passed the fifth.

Only in the last round Cuban Martinez, who had looked good both in qualification and early rounds of the final, became the second man to beat 86.41m season’s best already with the silver medal in his bag. Murakami stayed in the third place with 82.97m for the bronze and World leading Vadims Vasilevskis of Latvia was fourth with 82.37m, again no medal for him, and Pitkämäki fifth with 81.90m.

Another Finn Ruuskanen finished in simxth place with 81.87m in his first major championships with Olympic silver medallist Ainars Kovals of Latvia in seventh place this time throwing 81.54m and Mark Frank of Germany eighth with his sixth round throw of 81.32m.

Thorkildsen now holds all major titles at the same time, Olympic, World and European, as the first Javelin thrower ever.