Hagos Gebrhiwet, the World junior record-holder for the indoor 3000m and outdoor 5000m, continued his impressive early season form by winning the men’s junior race, while Alemitu Haroye took the honours in the corresponding women’s race.

Lilesa holds off Demelash’s dash as Merga drops out

The Ethiopian trials may have been missing some of the country’s more illustrious cross-country athletes, but there was no shortage of thrills and excitement in another action-packed event at the Jan Meda race course.

Victories for Feyisa Lilesa and Hiwot Ayalew will capture the headlines, but equally enthralling was the list of high-profile athletes who found the going tough and dropped out of the contest with defending World cross-country champion Imane Merga, former World indoor 1500m champion Gelete Burka and World youth 3000m champion Gotytom Gebreslase topping the list of casualties.

But there were no such problems for Lilesa, who is preparing to run in the 2013 Virgin London Marathon, as he took a hard-fought victory in the senior men’s 12km race after evading the intentions of World junior 10,000m champion Yigrem Demelash in the last kilometre of the race.

The last contest of the day was certainly worth the wait with a big group of 17 runners, including Merga, remaining in contention until the halfway point of the second lap. Two were dropped at the beginning of the third lap as Lilesa and Abera Kuma tried an ambitious break with seven athletes including Yenew Alamirew, Merga, Demelash and Mosinet Geremew following close behind.

A lap later, Lilesa evaded Kuma to set up what looked like an easy victory for the 24-year-old. But youngster Demelash, who looked out of the contest at this point, had other ideas. The 19-year-old began a relentless charge from sixth to second in the race after Kuma and Merga dropped out of the contest and caught up with Lilesa with less than a kilometre to go, setting up a thrilling finale.

An expectant crowd shifted their attention to the finish line in an anticipation of a grand slam finale, but Lilesa used his experience to move away from the youngster. Competing for the Defence Forces club, Lilesa raised his hands in a military salute in the last 50m and completed the greeting at the finish line, which he crossed in 34:36. Demelash followed close behind in 34:41 with Geremew closing out the top three in 34:51.

“I wasn’t ready to run this race and I heard about it two days ago as I came back from an international competition this week,” said Lilesa after the race. “So I didn’t expect to win it. Even though I have a participated four times in this event, my success before wasn’t good.”

But Lilesa was coy about whether he will line up for Ethiopia at the IAAF World Cross Country Championships in Poland, having already signed up to run in the London Marathon two weeks later.

There were no such problems in the women’s race for Hiwot Ayalew, fifth in the Olympic 3000m Steeplechase, who looked a class apart with a dominant display of front running.

A large pack of 20, including those seven runners, remained in close contention until the halfway point of the contest when Ayalew opened up a small gap with a trailing pack. Her surge immediately detached the group of runners and dropped Burka out of the race with Assefa’s and Utura’s challenge for a top-six place also ending.

Yalew and Yebrqual Melese continued to trail Ayalew with Melkamu joining the pair of chasers to set up a thrilling finale in the final lap. But it turned out to be a competition for the minor podium places as Ayalew held ground to stop the clock in 26:22 with Yalew edging out Melese for second.

“I prepared as well as I could,” said Ayalew. “I’m happy with the result I got. I was confident of the victory as I kicked early.”

Could Hagos Gebrhiwet be the next big thing in Ethiopian distance running? That thought has been lingering since the 18-year-old’s breakout season last year where he came from virtually nowhere to smash the World junior 5000m record (12:47.53) and steal a berth in Ethiopia’s Olympic 5000m team. He followed up that performance with victory in the Great Ethiopian Run late in 2012 and a World junior indoor 3000m record in Boston this year.

Another victory here, after a mature and tactical race, was further testament to his growing stature and will surely make him one of the favourites to win the World junior cross country title in his final junior year.

Tucking behind the early leaders until the halfway point, Gebrhiwet easily overcame the challenge from Bonsa Dida and Birhan Nbaw to take victory in 22:59.

“I started the finishing run early,” said Gebrhiwet. “It was a bit difficult, but I’m aiming to get a good result for myself and my country at the World Cross on my debut."

There was early drama in the women’s junior race as pre-race favourite Gotytom Gebreslase tripped and dropped out of the race on the first lap. While a disconsolate Gebreslase had to be carried away to receive medical attention, victory in the race went to newcomer Alemitu Haroye, who outkicked defending champion Buze Diriba for victory.

“I finished third last year,” said the race winner. “This year, I prepared well to win it and represent Ethiopia at the World Cross. I was confident enough."

With the trials now completed, Ethiopia is expected to announce its full squad of athletes in the coming week with the top five athletes in each event getting automatic selection with the EAF providing one wildcard entry in each event. 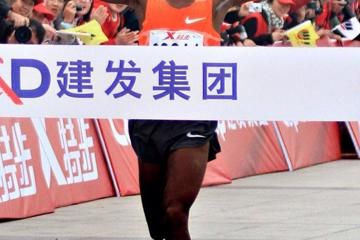 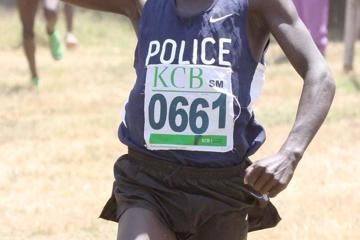