Rojas, Fraser-Pryce and Jacobs the standouts in Padua

Yulimar Rojas, Shelly-Ann Fraser-Pryce and Marcell Jacobs were in the spotlight in the 33rd edition of the Padua EA Classic meeting on Tuesday (16).

Competing in warm condition, athletes broke five meeting records in the Daciano Colbacchini athletics stadium, named to honour the Padua native who competed in the 110m hurdles at the 1912 and 1920 Olympic Games.

Double Olympic and three-time world 100m champion Shelly-Ann Fraser-Pryce won the 100m for the third time in her career in Padua clocking 11.00, narrowly missing the 10.98 meeting record she set in 2015.

“I feel honoured to win in Padua for the third time,” Fraser-Pryce said. “I train in Italy during the summer and I really enjoy coming here.”

Jacobs, the reigning Italian champion, improved both his previous 10.08 PB and the Padua meeting record held by Qatar’s Femi Ogunode, who clocked 10.07 in 2015, when the meeting was held at the Euganeo Stadium. Jacobs has now become the third fastest Italian sprinter behind Filippo Tortu (9.99) and Pietro Mennea (10.01). Rodrigo Do Nascimento won the other heat in 10.11.

“I am happy because I am on the right way,” Jacobs said. “I am in good shape, but I can improve my time again. The new track is fast. I am close to my goal to break the 10 seconds barrier and the Italian record.”

Two-time world champion Maria Lasitskene cleared 1.94m to win the women’s high jump in Padua for the third consecutive year. Lasitskene made three unsuccessful attempts at 2.00m, a height she has already cleared six times in this outdoor season.

Reigning 400m and 4x400m relay world champion Phyllis Francis pulled away in the final straight to win the women’s 400m in 51.20.

Freddie Crittenden, who was part of the victorious mixed shuttle hurdle relay squad at the IAAF World Relays Yokohama 2019, won the 110m hurdles in a wind-assisted time of 13.42 (+2.3) holding off four-time Italian champion Hassane Fofana, who finished second in 13.46 ahead of 2019 European Indoor champion Milan Traijkovic (13.51).

Kenya’s Eunice Sum, the 2013 800m world champion, held off Ukraine’s Olha Lyakhova in the final sprint to clinch the her specialty in 2:00.99 to take her second consecutive race one week after winning another two-lap competition on Italian soil in Lignano Sabbiadoro. 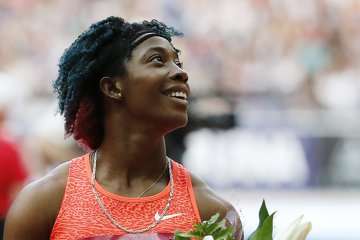 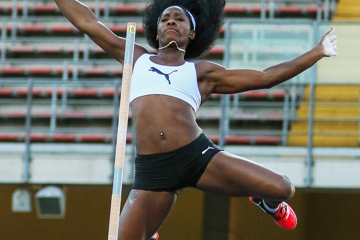 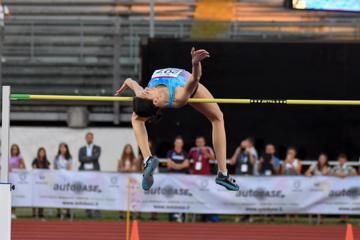 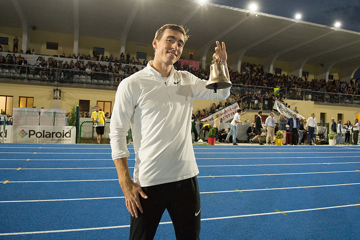