European champion Armand Duplantis became the first pole vaulter in history to clear six metres in a collegiate competition, winning with 6.00m on the final day of the Southeastern Conference (SEC) Championships in Fayetteville on Saturday (11).

The 19-year-old conserved his energy during the early stages of the competition, clearing 5.45m and 5.63m on his first attempts. That alone would have been enough to win, but the Louisiana State University student had the bar put up to 5.81m, which he cleared on his first attempt.

The bar was then moved to 6.00m and he missed his first two tries but then safely negotiated it on his third, breaking the previous collegiate record of 5.98m set by Lawrence Johnson back in 1996 – three years before Duplantis was born.

Duplantis has cleared six metres in just one previous competition: the European Championships, which he won with a world U20 and senior Swedish record of 6.05m.

Although the collegiate record remained intact in the men’s 110m hurdles, it was another high quality event.

The women’s sprint hurdles was similarly speedy with Janeek Brown taking 0.02 off her own world-leading time to win in 12.55 (1.3m/s). Arkansas teammate Payton Chadwick was second in 12.70 and the two women later teamed up in the 4x100m, finishing second in 43.11.

Japan’s 2015 double world U18 sprint champion Hakim Sani Brown won the men’s 100m in a lifetime best of 9.99, becoming just the second Japanese man in history to better the 10-second barrier in the event.

After winning his 200m heat in 20.36, he withdrew from the final but later teamed up with Holloway to place second in the 4x100m.

Quincy Hall was just as dominant in the men’s 400m, winning in 44.60. But the most dramatic race over one lap of the track was the men’s 400m hurdles in which Infinite Tucker threw himself over the line to take first place in a PB of 49.38, winning by 0.09 from Texas A&M teammate Robert Grant.

He went full Superman! @aggietrk's Infinite Tucker goes ALL OUT for the gold. #SCtop10 pic.twitter.com/gEr05kdPd9

Elsewhere, Ja’Mari Ward won the men’s long jump with 8.10m, while Yanis David took a horizontal jumps double in the women’s events, winning the long jump with 6.65m and the triple jump with 14.05m. Anderson Peters broke his own meeting record to win the javelin with 83.35m. 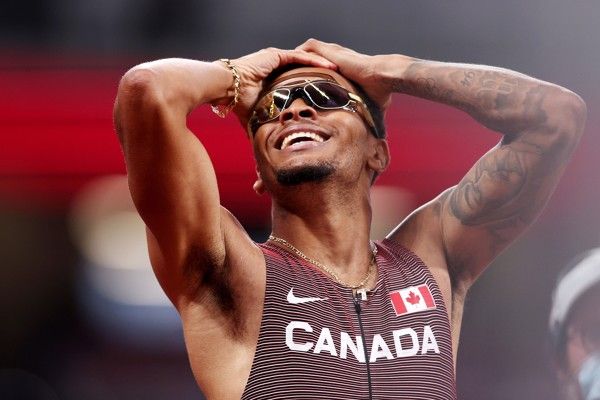 Triumph and tears on day six in Tokyo 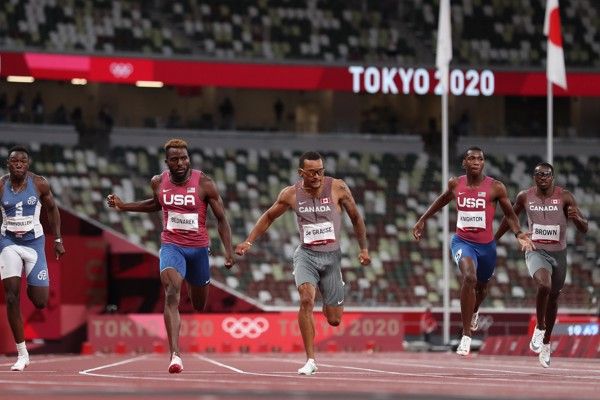 With Olympic 200m win, De Grasse gets his gold at last 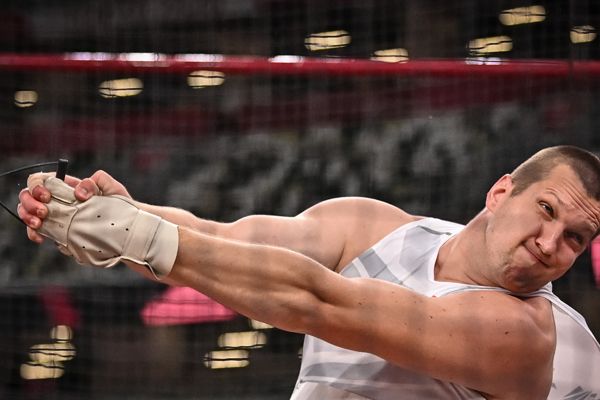