With one eye on the IAAF World Athletics Championships Doha 2019 and the other on the Tokyo 2020 Olympic Games, over the course of the next two weeks – Monday through Friday – we'll highlight the rise of a new generation, 10 exciting prospects under the age of 21 who are set to become stars of the sport over the next few years.

We begin with Sweden's Armand Duplantis, the world U20 record holder in the pole vault and IAAF Male Rising Star of 2018.

Born into a sporting family, Armand showed promise from an early age and set numerous age-group records from the age of seven. He scaled four metres for the first time at age 13 and had progressed to five metres just two years later.

Gold at the IAAF World U18 Championships Cali 2015 was something of a turning point. "That was the moment when I realised I had the potential to break the world record or win the Olympics," he says.

He scaled a world U20 record of 5.75m during the 2017 indoor season and improved the mark to 5.90m outdoors, also breaking the senior Swedish record in the process. He went on to win the European U20 title before reaching the final at the IAAF World Championships London 2017, placing ninth.

WATCH - How @mondohoss600 set a championships record 5.82 to take the world U20 gold in Tampere#IAAFworlds pic.twitter.com/v25ua3MJ7M

His momentum continued in 2018, scaling 5.92m and 5.93m in his first few competitions of the outdoor season. He also won in front of a home crowd at the IAAF Diamond League meeting in Stockholm.

After winning the world U20 title in Tampere, he went to the European Championships as one of the medal favourites, but few would have predicted what happened. He won convincingly, breaking his world U20 record on three occasions with first-time clearances at 5.95m, 6.00m and 6.05m.

1. His family is super sporty
His father, Greg, has a pole vault PB of 5.80m. His mother, Helena (née Hedlund), represented Sweden in the heptathlon at the 1983 European Junior Championships. Both of his brothers were pole vaulters in their youth. Older brother Antoine went on to play baseball at a high level. The family had a pole vault pit in their back yard which Duplantis started vaulting on at the age of four.

4. He has been breaking records since he was a kid
He set his first world age best at seven years old, vaulting 2.33m.

6. Only one man in history has ever vaulted higher than Duplantis outdoors
And that man is athletics legend Sergey Bubka.

7. He has dual citizenship
He was born in the US, but represents his mother's nation, Sweden. "I'd like to bring a resurgence back to Swedish track and field," he says. "I'd like to make my Mom proud."

8. If he could describe himself in three words...
It would be: competitive, serious, unique.

9. He almost quit pole vaulting at the age of 12
"There was one summer, when I was aged about 12, when I really got into baseball and I didn't pick up a pole at all," he says. "There came a point when I had to choose between the two sports and I went with track and field."

10. He is good at impressions
Pole vault impressions, that is. "Mondo can jump like any other vaulter in the world," says world champion Sam Kendricks. "He can do my technique if I asked him. He can do Renaud's technique. He can do it all. But in competition, he does it how he wants to do it, not copying anyone else." 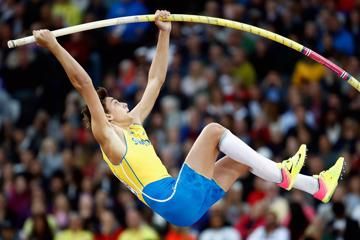 Onwards and upwards for high-flying Duplantis 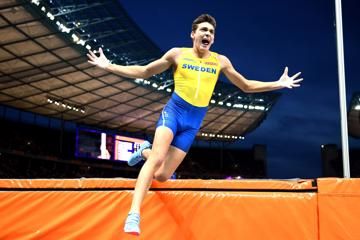