Jim Walmsley of the US and Cristina Simion of Romania raced to victory in the long races as the World Mountain Running Championships concluded in Villa La Angostura, Argentina, on Saturday (16).

The course, with a total ascent of 2184m, began in the centre of Villa La Angostura, a Patagonian city of about 12,000, with a road section, before heading north along a dirt track and into a dense forest. The first 2.5km were quite flat until an initial climb through the forest, quite steep in places. The runners had to endure a fairly high river crossing twice, which proved tricky for some.

The second part of the course then took runners on a long but gradual climb up to the Cerro Bayo ski station where the really difficult work began - the long, steep and arduous climb up to the summit of the snow-capped 1785m-high Cerro Bayo. Besides snow, they were forced to negotiate a technical ridge section before returning to a faster section which eventually led them back down to the finish line.

Both races were fast at the front. Walmsley forged an early lead but never managed to open much of a gap on Puppi, the 2017 WMRA long distance champion. Behind them, Hayden Hawks of the US, Spaniard Oriol Cardona and Jonathan Albon of the UK, this year's world trail running champion, took turns battling for position.

Walmsley looked comfortable as he approached the second half of the course, but was still unable to stretch his gap on Puppi to more than a minute by the time they reached the summit. In the women's race, Simion took the lead as they approached Cerro Bayo, with Roche and L’Hirondel in pursuit.

While he couldn’t quite shrug off Puppi on the first half, Walmsley’s speed allowed him to maintain his lead once they hit the flat. He crossed the line unchallenged in 3:12:16 with Puppi next in 3:13:04. Further back, Cardona clocked 3:20:24 to round out the podium.

BACK
Pages related to this articleAthletes
James Walmsley 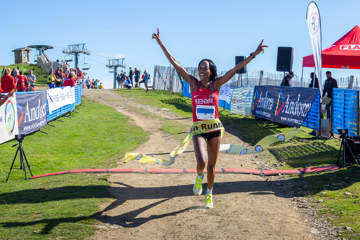 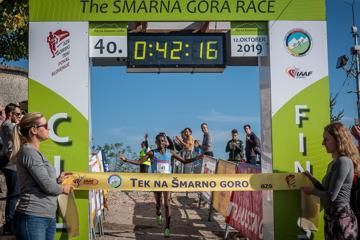 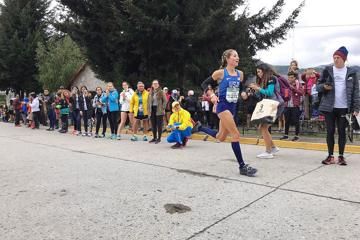 Gray and Murphy complete US double at World M...