Ireland’s Ciara Mageean and Britain's Scott Lincoln were among the winners as the season’s World Athletics Indoor Tour action got started at the BoXX United Manchester World Indoor Tour meeting on Saturday (22).

A number of qualifying marks for the World Athletics Indoor Championships were achieved during the Silver level meeting at Manchester Regional Arena in the UK, as athletes target the global event in Belgrade in March.

In an exciting 3000m race, European indoor 1500m bronze medallist Mageean chased down and then pipped Albania’s long-time leader Luiza Gega by three tenths of a second, winning in an indoor PB of 8:47.23 after a storming last lap.

There were some promising performances by Britain's top shot putters, with Lincoln improving to an indoor PB of 20.73m to win the men’s event and Sophie McKinna throwing 18.53m, a centimetre off her indoor best, in the final round of the women's contest to triumph ahead of her fellow 2019 world finalist Chase Ealey of the USA, who threw 18.49m.

The World Indoor Tour now moves on to the Czech Republic for the Bronze level Kladno Indoor meeting on 27 January, before the first Gold level event of the season, the INIT Indoor Meeting Karlsruhe in Germany, the day after.

Fast sprints in the US

Over in the United States, US sprinter Marybeth Sant-Price ran a PB of 7.08 at the Red Raider Open in Lubbock on Friday (21) for the fastest women’s 60m in the world so far this year. In another race, Saint Lucia’s 20-year-old Julien Alfred matched her national record with 7.10. In the 60m hurdles, Alia Armstrong was 0.01 off her PB with 7.96 and Eric Edwards clocked 7.65.

Also in Lubbock, 16-year-old US sprinter and American football player Nyckoles Harbor achieved a world U18 200m best, storming to a time of 20.79 at the Texas Tech Under Armour High School Classic. It improves on the 20.95 run by Brian Herron in 2017.

At the Larry Wieczorek Invitational in Iowa, Jamaica’s 19-year-old Ackera Nugent, who won the world U20 100m hurdles title in Nairobi in August, improved her 60m hurdles best by 0.01 to 7.90, while Olin Hacker clocked the quickest indoor mile so far in 2022 with an outright PB of 3:56.66. At the Carolina Challenge in Columbia, Anavia Battle ran 22.76 for 200m. 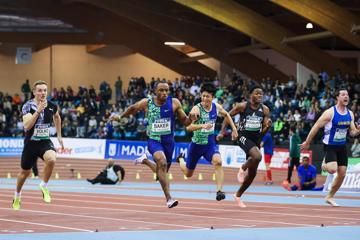 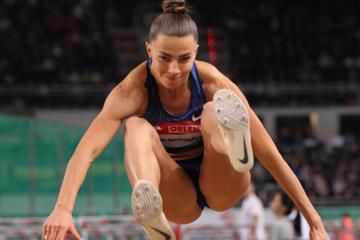 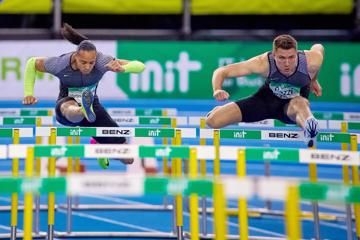