With 10 sets of medals on the line on the final day of the IAAF World U18 Championships Nairobi 2017, there was plenty of excitement for the 60,000 capacity crowd in the Kasarani Stadium on Sunday.

There was much to cheer about for the crowd, with two more golds for the home team to make up for the disappointments of the previous day, plus the fastest girls' 100m hurdles race ever.

Jackline Wambui was the winner of the girls' 800m final with a world-U18-leading time of 2:01.46 after running the second lap within one minute. Lydia Jeruto Lagat, the fastest entrant in these championships, finished just behind her in a PB of 2:02.06.

Hirut Meshesha of Ethiopia was in front on the first lap, reaching 400 metres in 1:01.53, with Wambui on her shoulder throughout. But then – having learnt from the mistakes of their teammates in the boys’ 800m final on Saturday – the two Kenyans made their move at the 500-metre mark and the Ethiopian had no response.

Wambui maintained the lead throughout, and although Lagat tried to attack on the home straight, she was unable to make an impression on the leader. Meshesha held on to take third place, although a long way between the top two, reaching the line in 2:06.32.

There was a similar story of Kenyan dominance in the boys' 2000m steeplechase final. Leonard Kipkemoi Bett and Cleophas Kandie Meyan ran away from the field early and it was just a matter of which of the Kenyans would take the gold. It was Bett who held the lead in the latter part of the race and he won in 5:32.52, with Meyan second in 5:33.07.

The two Ethiopians were left to fight it out for the bronze medal. Alemu Kitessa took it with 5:42.10, pulling away on the last lap to finish more than three-and-a-half seconds ahead of his compatriot Girma Diriba.

It was a different story, however, in the boys' 3000m. Kenya and Ethiopia were once again fighting it out between themselves, as only the four athletes from those two nations were left in front one kilometre from the finish. Ethiopia's Milkesa Mengesha tried a move on the penultimate lap, but after he appeared to be pulling away, the leading group bunched up again. Some 200 metres from the finish it was first the Kenyans – Edward Zakayo and Stanley Mburu Waithaka – then the other Ethiopian, Selemon Barega, who started their kicks.

Britany Anderson of Jamaica took gold in the girls' 100m hurdles final with 12.72, the fastest ever run by a U18 athlete, albeit assisted by a strong tail wind of 4.1m/s. A technically solid performance and swift running between the barriers took her to a time 0.22 faster than the world U18 best, although of course ineligible for recognition as a world U18 best.

Cyrena Samba-Mayela of France, who beat Anderson's world-leading performance in the semifinals the previous day, looked on course for a win in the final, but a stumble over a hurdle cost her the gold. She did, however, reach the line in second place in 12.80. The second Jamaican, Daszay Freeman, took the bronze, well behind the top two, with 13.09.

In what was a thrilling finish to the action this evening, Brazil, anchored by 400m finalist Bruno Benedito da Silva, won the mixed 4x400m relay to take its only gold of the week. The Brazilians prevailed in 3:21.71, ahead of the more favoured Jamaican and South African teams, with individual champion Antonio Watson unable to make up the deficit and reaching the finish in 3:22.23.

Talea Prepens earned Germany’s first ever gold medal in a flat sprint event at the World U18 Championships when winning the girls' 200m. A late charge took her past Spain's Jael Bestue to cross the finish line first in 23.51. The Spaniard took the silver in 23.61. Mizgin Ay, the Turkish winner of the 100m, started well and faded somewhat towards the end, but held on to take another medal, a bronze this time, in 23.76. Lorraine Martins of Brazil took fourth, just as she had in the 100m.

Despite a headwind of -0.7m/s, all three medallists set personal bests.

Another 1-2 for South African sprinters

The boys' 200m final was something of a repeat of the 100m, with the same two South African athletes fighting it out for the lead.

The order, however, was reversed this time, as Retshidisitswe Mlenga powered past Tshenolo Lemao to take the win in 21.03. Lemao was not far behind with 21.12, while Luis Brandner took another sprint medal for Germany, taking third place with 21.23.

Cuba’s Marisleisys Duarthe, holder of the world U18 best, produced the expected dominant performance in the girls' javelin. After starting off with 57.83m and 57.90m to take a clear lead, she went much farther still with 62.92m in the third round, a distance which no U18 athlete apart from herself has ever bettered with the 500g implement.

Well behind the winner, there was a fierce battle for the minor medals. Dai Qianqian of China was in third for most of the competition, first with 53.55m from round three, then improving to 54.96m in round five, but a final throw of 57.01m by her compatriot Cai Qing relegated her to bronze. Julia Ulbricht of Germany finished just short of a medal with her final-round effort of 54.77m.

Gong Luying won gold for China in the girls' long jump with a consistent series of jumps, topped by 6.37m in the fourth round.

The other medals were decided even later in the competition. Lea-Sophie Klik came through for Germany with a wind-assisted 6.30m in round five to take silver. France's Diane Mouillac had a major improvement on her final jump and the 6.28m she achieved proved just enough to steal the bronze away from Latvia's Kitija Paula Melnbarde by virtue of a longer second-best jump in the competition.

Swirling wind made it difficult for the pole vaulters to reach top heights. There was a victory for the favourite, Matthias Orban of France, the only one to clear 5.00m. He did it on his third attempt, after already being in the lead from Christos Tamanis of Cyprus, the only other athlete left at that height.

Tamanis took the silver with 4.85m, while of the two athletes who ended the competition with 4.70m, Ilya Kravchenko of Ukraine prevailed on countback to take the bronze from the German Daniel Breinl. 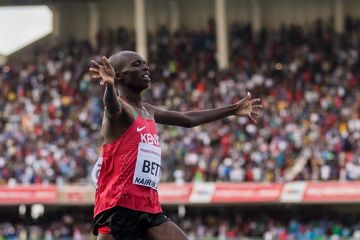 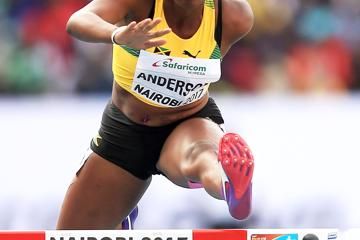 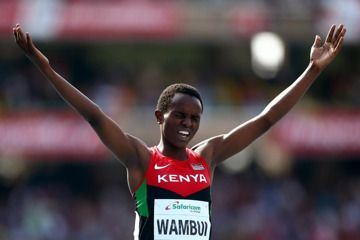 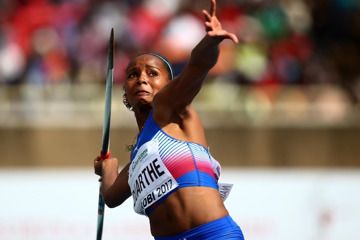