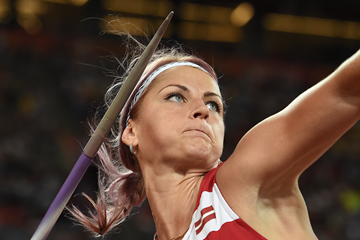 Diamond Race winner Madara Palameika is among the world’s finest javelin throwers. Here the 29-year-old Latvian and two-time Olympian offers her take on the yearly challenge of trying to fulfil her potential.

“For me, the greatest challenge is to reach my goals because I haven’t met them yet. Every year the sport provides a new challenge. There are always new areas I need to improve in the quest to win medals and achieve my goals.

“I worked hard to try to improve. I talked to other athletes about their experiences and their ups and downs and how they coped with adversity and it really helped open my eyes. It was all about starting from scratch once again in many areas and finding a way to pick myself up.

“I spoke openly and frankly with my father and coach (Gints) and we had a very honest conversation. The next season I improved to finish fourth at the 2014 European Championships, which gave me the encouragement that in order to earn better results I needed to re-focus again.

“I have faced many other challenges in my career. At the 2016 Rio Olympics, I was disappointed to finish 10th in the final, but I was determined not to end my season as a failure. I then did everything I could to pick myself up and remain focused for the competitions that remained. I won in Lausanne and Brussels in my two remaining competitions in 2016 to take the Diamond Trophy and end the season positively.

“The challenge each year to fulfil your goals is not always easy, but an athlete who can believe in themselves and can achieve their targets is a true winner.”