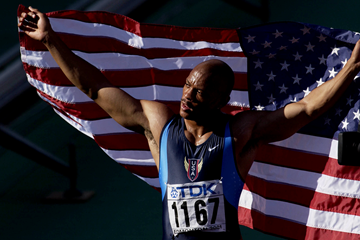 Maurice Greene was the greatest 100m sprinter of his generation, winning a hat-trick of world titles for the distance (1997-2001) and the 2000 Olympic 100m crown. A former world record-holder and 1999 world 200m champion, the US speedster reflects on the greatest challenge he has faced during his time in the sport and beyond.

‘Remaining the man I always was’

“My greatest challenge was continuing to be myself throughout my career. I don’t believe I changed, even though I earned some notoriety and fame (through his success). Sometimes you see athletes or movie stars reach a certain status and they become stand-offish and a little separated. I saw the way some of them acted like you could no longer approach them. I said to myself, if, one day, I become something, I’ll never be that way.

“For me, it was important to continue to be that fun-loving, hard-working person I always was.

“Was it hard? Well, it was important to stay grounded. I always held on to the belief that all this could one day be gone and that if that happened then the people you see on the way up you are going to see again on the way back down.

“I always make sure I treat people the same as me. I don’t believe I made them feel like they were any less then equal. I always remembered the importance of respecting your fans and taking the time out to speak with them.

“For sure, this was something instilled into me by my parents growing up.  They always said nothing comes for free, you have to work at everything you get.

“Throughout my career I never allowed anything to disrupt my training – that was always the priority, but I felt I always thought of others before myself.

“I’m very proud of remaining the man I always was. I gave people a sense of who I really was. I still think I have kept that to this day.”