Czech javelin thrower Nikola Ogrodnikova has made a major breakthrough this year with a series of top-three finishes on the IAAF Diamond League circuit. The European silver medallist reflects on one catastrophic moment of despair from 11 years ago and one moment of pure elation from earlier this year.

My high moment came earlier this year when for the first time in my career I smashed through the 65-metre barrier (with a personal best of 65.61m) in Potchefstroom, South Africa.

My road to this mark can be traced back to late 2016 when I moved from my home city of Ostrava to be co-coached in Prague by Rudolf Cerny (coach of Barbora Spotakova) and my partner, Vitezslav Vesely (the 2013 world champion).

The combination has worked well and I’ve made a lot of technical changes to my throwing, which has given me confidence. My run-up has increased in length and is now a lot more relaxed. I also worked on my fitness with sprints and longer distance running.

I had made many of the changes during the winter of 2016-17 but my body and mind were not quite ready to adjust in competition. However, after another season training under Rudolf and Vitezslav, it was during our annual South African training trip when everything fell into place. In Potchefstroom in April, I achieved a lifetime best of 65.61m, which beat my previous PB by three metres. I was super happy and wanted to cry, but I tried to stop my emotions otherwise I would not have been ready for my next throw.

It had been a long-held dream of mine to throw beyond 65 metres; it was the moment everything changed for me. Now anything seems possible.

My lowest moment came when no-marking in the shot put when competing in the heptathlon in my home city of Ostrava at the 2007 IAAF World U18 Championships.

It was a very sad moment for me. I was going for victory and, looking back, I could have thrown just seven or eight metres in the shot and still won the gold medal.

I had gone into the competition in great form. At the Czech Championships in Olomouc the previous month, I had scored a heptathlon personal best of 5478 and I held high expectations for the World Youths.

It was great that the competition was in my home city and my mum, dad, grandmother and sister attended as well as friends and an ex-boyfriend. However, my regular coach was not in Ostrava as he was at the European U23 Championships with Denisa Rosolova (the 2012 European 400m hurdles silver medallist) and this made life more difficult.

I made a great start with a PB in the hurdles (13.78) and after a 1.72m high jump I sat second in the competition, 44 points adrift of my teammate Katerina Cachová.

In the shot, I recall fouling over the front board with my first attempt. I then made the same mistake with my second throw. I tried to stay calm for the third one, thinking there was no need to stress. However, on my third throw it was like time stopped and suddenly I saw the red flag.

It was a catastrophic moment. I felt numb. A few moments later, when reality sunk in, I started to cry. I spoke on the phone to my coach who told me to stop the competition because a week later I was due to compete at the European Junior Championships, but I was determined to finish the competition and enjoy a lap of honour with the other heptathletes after the 800m.

I continued with the other events and actually put together a good series of results to finish seventh overall with 5161.

I was very disappointed with what happened, but there was silver lining. A week later I competed at the European Junior Championships in Hengelo, where I earned an unexpected bronze medal with a PB of 5607. 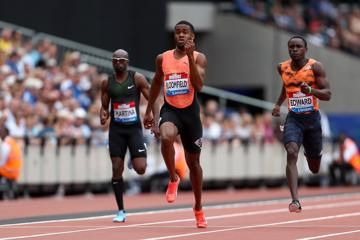 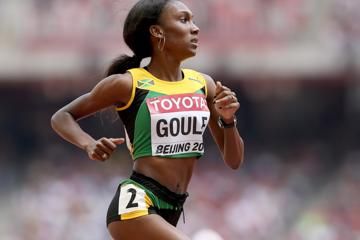 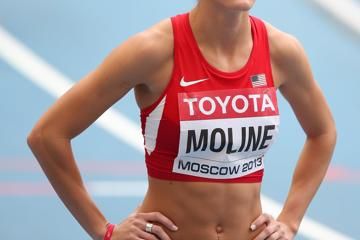 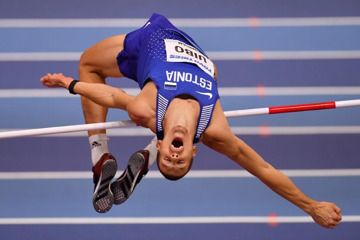