In the latest in our series of nostalgic memories of the IAAF World Championships, we revisit the marathon success of Australia’s Rob de Castella at the inaugural edition in 1983.

Picking favourites to triumph in marathons is not always an advisable business, but at the inaugural IAAF World Championships in Helsinki, highly-fancied Rob de Castella coped with the burden of expectation to romp to an unforgettable success.

The moustachioed Australian arrived in the Finnish capital in the form of his life. In 1981 the endurance star known as ‘Deeks’ had set a world record of 2:08:18 when winning the Fukuoka Marathon and a year later he marked out his championship credentials when striking gold at the Commonwealth Games in a captivating duel with Tanzania’s Juma Ikangaa.

Earlier in 1983 he further underlined his dominance by defeating three-time New York Marathon winner Alberto Salazar to take the Rotterdam Marathon in a slick 2:08:37.

“It was a great period for me and I was on the crest of a wave,” says De Castella. “My recent form was very good, but the marathon was always such an unpredictable event I never took anything for granted.”

Under the wily coaching of Pat Clohessy, De Castella decided to finalise his World Championships preparation in Norway where he trained with marathon great Grete Waitz, who coincidentally was to land victory in the women’s marathon seven days before the Australian’s finest hour.

“I always found it better to maintain a bit of seclusion in those final couple of weeks,” he comments. “I’d got to know Grete and her husband, Jack, well and it was a nice place to settle.”

Following the heavily boycotted Olympic Games in 1976 and 1980, De Castella says the inaugural IAAF World Championships were a hugely anticipated occasion for the sport.

“It was a major event and it proved an incredible success,” he says. “The Finns are so passionate about their athletes and track and field in general. The IAAF made a good call hosting the first World Championships there.”

In terms of opposition, De Castella pointed to the unpredictable African threat and the strong European challenge led by East Germany’s double Olympic champion Waldemar Cierpinski and Swede Kjell-Erik Stahl as among his main threats.

Yet in some respects his rivals were an irrelevance as De Castella fully intended to execute his familiar tactical strategy in Helsinki to sit and wait until unleashing his fearsome strength in the final 10 kilometres.

On a relatively warm Helsinki summer day, the lead pack went through halfway in a slow 1:07 with the Australian keeping a close eye on USA’s Ron Tabb, who made a move in the early stages. As the pace quickened in the second half of the race, the lead group dissolved until at 32km, when just De Castella and the Ethiopian Kebede Balcha remained at the head of the field, the Australian delivered his signature move.

Surging to the front, the Melbourne-born runner opened up a 200-metre lead on the 1979 African marathon champion, but at no stage did De Castella relax.

“A thousand things can go wrong in the marathon, especially in the last 10 kilometres, so I never backed off or start thinking about winning,” he says. “I just had to maintain the pressure and concentrate.”

Entering the stadium with his advantage over Balcha intact, De Castella finally savoured the prospect of winning in the final 50 metres. He crossed the line in 2:10:03 – his second half of the marathon was run in 1:03 – 24 seconds clear of the Ethiopian to become Australia’s first ever world athletics champion and still to this day their only ever endurance running winner at the World Championships.

“As I crossed the line, I felt an element of relief as I was probably the favourite,” says De Castella, who was 26 at the time. “But then I also felt a mixture of incredible pride in what I had achieved.

“Standing on the podium as the flag goes up is a feeling that stays with you forever. You realise that what you have done will go down in history and to have the opportunity to share that moment with family and friends, my former wife, training partners, Pat and some team members is wonderful.”

Post-1983, De Castella went on to retain his Commonwealth title and claim a memorable win at the 1986 Boston Marathon in a time of 2:07:51, which still stands as the Australian record today. But sadly success was to elude him on the Olympic stage. He admits he arrived at the 1984 Los Angeles Olympics slightly overcooked and finished fifth. At the 1988 Olympic Games in Seoul he wound up eighth and at his fourth and final Olympics in Barcelona he placed 26th before finally retiring from competitive running in 1993.

Yet in 2003 his life was turned upside down after his house was destroyed along with 400 other homes in a tragic bush fire which killed four people and thousands of livestock and animals in the Australian capital city of Canberra.

“We lost everything,” he admits. “Going through something like that certainly knocks you around, but in many respects, it also makes you review and reassess your priorities in life. I met and saw some horrific tragedies as a consequence of those fires. In many ways, I was blessed because my family and I were not caught up in the physical and emotional damage caused by the fire because we were away at the beach at the time. It puts into perspective no matter how hard life seems, it is always harder for others out there.

“I was fortunate to later be involved in the re-build as part of a five-man recovery task force. It was nice to give back.”

His medals were all destroyed in the blaze, although the IAAF subsequently sent him a replacement of his 1983 world gold – a fact he fully appreciates.

“It was a wonderful thing for the IAAF to do and it is something I have an incredible respect and gratitude for,” he adds. “It was a symbol of a very special period of my life.”

More recently, De Castella has focused his energy as director of the Indigenous Marathon Foundation, which aims to promote more indigenous men and woman into running marathons and more broadly to inspire more healthy and active lifestyles throughout the Australian indigenous populations.

Yet despite his deep and positive contribution to Australian sport, the 60-year-old father-of-four is perhaps best remembered for his glorious victory on a Helsinki summer day some 34 years ago.

“It was the pinnacle for me,” he says. “I ran faster races in big-city marathons and winning Boston was huge. But as far as major championships go, nothing topped winning that first world title.”

BACK
Pages related to this articleAthletes
Robert de Castella 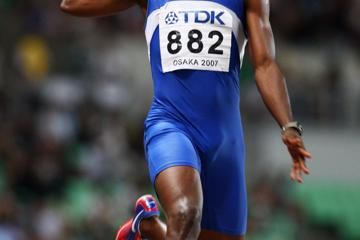 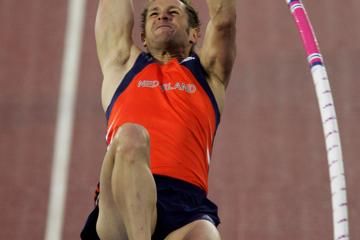 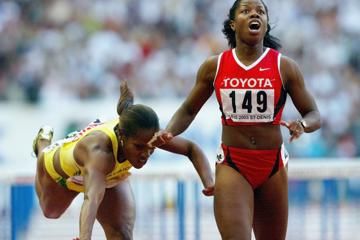 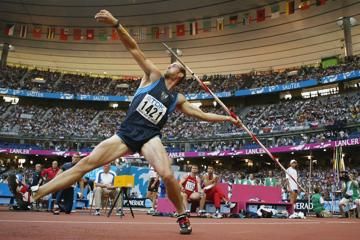