Olympic 100m hurdles champion Sally Pearson is one of the most honest and straight-forward athletes in global athletics.

Ahead of her competing at the first IAAF Diamond League meeting of 2015, in Doha on Friday, the 2011 world champion from Australia answered our 'personal bests' questions.

Winning Olympic gold was obviously huge, but my career highlight came at the 2011 World Championships in Daegu because of the time I ran in the final (12.28 which stands fifth all-time) and winning the gold medal.

I couldn't have asked for any more. In some ways I compare everything I have done in my career since with what I achieved in Daegu. I would like to replicate again what I did that year, although I also recall it being such an intense year when I became almost over-focused on what I was trying to do. I hope now to be able to find a better balance and enjoy more what I am doing.

Generally, my biggest disappointments have come when I am injured, and injuries have often come close out to a major championship like at the 2009 Worlds in Berlin when I tore a disc in my back just two weeks out.

I was still able to reach the final (Sally placed fifth) but it was so disappointing because I knew what shape I was in and that my preparation had gone so well. In the 2013 and 2014 seasons I also struggled through injury, which was so frustrating because I couldn't get the best out of myself.

I try to get along with everyone, and I also get on well with a many of the agents. I'm really good friends with Tony Campbell (the athlete representative) and I also get on very well with Felix Sanchez (two-time Olympic 400m hurdles champion). I remember I was really unhappy one year in Lausanne, and both Tony and Felix really helped lighten the mood.

I would say Dawn Harper (the 2008 Olympic champion) because she is always such a competitor. Ever since she beat me to Olympic gold in 2008 I thought Dawn was a real competitive force and that we were going to battle it out for years, and we have done.

It is from my current coach (Ashley Mahoney) who says 'be deserving of what you have achieved'. He tells me that you put in all the hard work and make so many sacrifices so you deserve the results.

The best stadium is Zurich because of the atmosphere and noise generated by the crowd. I love competing in front of a buzzing crowd. I tend to race better from the excitement.

I loved Haile Gebrselassie because of his presence and charisma. I remember watching him once on TV and just recall how strong he looked, and then he had this fantastic smile at the end of a race. I was just amazed and thought 'how does he do it?'

Not enjoying the London Olympics as much as I should have. It was a new experience for me going into an Olympic Games as a favourite and I probably retreated into my own little bubble too much. I would love to think I could go back and experience London again, providing I knew the eventual outcome would be the same!

My Daegu semi-final, when I ran 12.36, which was a huge PB at the time. I put this performance ahead of the final (when Sally ran 12.28) simply because I think I could have run faster in the final. That semi-final in Daegu was the first time I really felt like I was flying in a race and it really opened my eyes to the future possibilities.

I don't like to say I have a weakness, but sometimes I'm prone to self-doubt and questioning whether I am good enough, fast enough or ready for competition.

Buying my first house, which I did after the Beijing Olympics. It was nice to be able to move into a place and call it home.

Not so much a song, but I love listening to Michael Jackson. I watched his movie This Is It. I watched it from a professional point of view. He was such a perfectionist at what he did and in some ways he reminded me of what I do. I found his music so inspirational because he was the best.

Over-indulging in food itself! I just love food because it makes you happy. I think back to when I was an athlete doing gymnastic training for hours and hours every week and I'd come home and eat five to ten bananas because I was starving. I've always been a big eater but, as the season approaches, I try to lean up for races in an effort to get stronger. 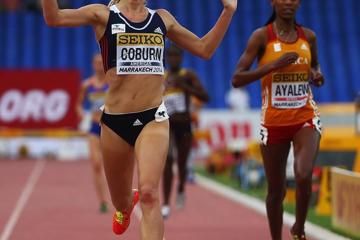 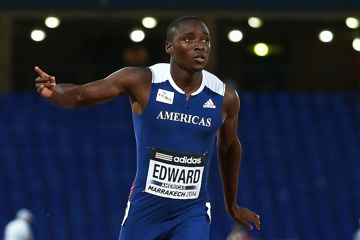 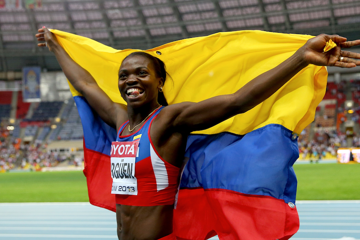 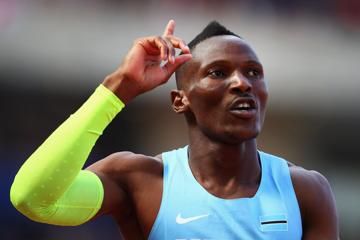