Tyree Washington won the world indoor and outdoor titles over 400m in 2003. Here the US sprinter talks about the difficulties he has endured throughout his life battling asthma.

Battling asthma: 'My doctors always joked and said they couldn’t understand how I had such bad asthma and yet I could run one of the hardest events on the planet'

“Many people don’t know that I have suffered from asthma for my whole life. I almost died from it on numerous occasions. As a baby the doctors told my grandmother, who raised me, I had 72 hours to live. My family was very spiritual and I made it through.

“When I was aged 14 or 15, I suffered smog inhalation in my home city of Riverside, California. My mother rushed me to hospital and I was taken to ER. My lungs were literally collapsing and everything was shutting down on me. For a while, I didn’t know if I was going to make it. Thankfully, I improved, but I remember when I left the hospital bed for a couple of weeks I couldn’t walk. It was very humbling.

“My asthma has been a constant battle through the years because my breathing capacity is at only 75 per cent. My doctor helped me maintain my asthma and I am just grateful I made it and excelled on the track. My doctors always joked and said they couldn’t understand how I had such bad asthma and yet I could run one of the hardest events on the planet. Both scientifically and medically they couldn’t explain it. I wasn’t supposed to win World Championships and become the fastest man in the world during my time in the 400m.

“My asthma made every year of my career very unpredictable. I often had to change my routines because the stresses of being involved in a high intensity sport like track and field would causes my asthma to flare up. I remember racing in Osaka in 1998 and enduring an asthma attack during the race. I wanted to stop at 200m and was telling myself to stop after the next 50 metres. Then I got to 300m and thought, ‘screw it, I’m going to finish the full race’. That race I ran 45.14 for third and I collapsed after the race. I was very stubborn. I wouldn’t go and see a doctor. I just wanted to race.

“Another time I couldn’t find one of my inhalers at home. I was on my hands and knees trying to find one, there was nobody home and I didn’t have my cell phone with me. Thankfully, I found an inhaler at the back of the cupboard. If I hadn’t, it would have been lights out for me.

“My career was always a constant battle. I guess pollen is my enemy – like kryptonite.

“For a long time when I looked back on my career, I felt really hurt I never made an Olympic team because of injury and illness. But over time, I realised that by winning the world indoor and outdoor titles in 2003 I had beaten all the best athletes in the world that year. Once I started to accept this, I could look back and think that despite my illnesses, I had a glorious and blessed career. I am part of a select group of athletes that have won world titles; my talent for track was a gift from God.”

BACK
Pages related to this articleAthletes
Tyree Washington 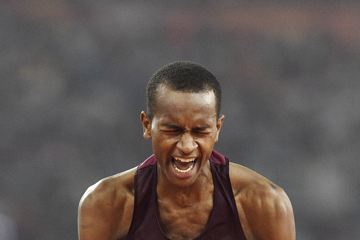 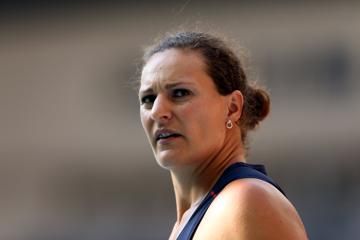 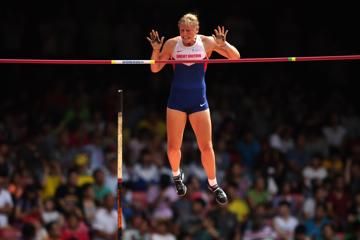