Marilson dos Santos may be best known for his feats on the road, but the Brazilian marathon superstar believes cross country provided him with the mental and physical attributes which allowed him to excel on his primary surface.

Dos Santos first tasted cross country as a 15-year-old boy in the city of Cosmopolis and that initial experience left a strong impression.

“I found the race very strange and difficult at the same time,” he admits. “I was disappointed to finish 12th, as I thought I would have done better, but I carried on working at it, and tried to improve my results, hoping that one day I might be able to qualify for the South American Cross Country Championships.”

In 1995 this became reality when Dos Santos appeared as a junior at the event in Cali, Colombia, finishing fifth before placing 88th the following month in the U20 race at the IAAF World Cross Country Championships in Durham, England.

Despite the relatively modest showing in his maiden World Cross, Dos Santos, under the encouragement of his coach, Adauto Domingues, persisted with cross-country running and returned the following year for a second crack at the IAAF World Cross Country Championships in Stellenbosch, South Africa. He made a huge improvement from 12 months earlier, placing 22nd with him and his coach genuinely believing in the positive benefits of competing at the event.

“Although I did not consider myself a good cross-country runner, my coach and I always considered that it was very interesting to compete in cross-country races, as not only are there races in which I had a lot of difficulty, but they had their own specific characteristics and could be used as training and assessment during the pre-competition period,” he explains.

Dos Santos made his first appearance in the senior race at the 1999 World Cross Country Championships staged in Belfast in Great Britain, where he placed a modest 84th.

By the time of his next World Cross outing some nine years later in Edinburgh, Dos Santos was an established road running star. In 2006 he became the first South American in history to win the New York Marathon and the Brazilian had shown his ability over the 21.1km distance with a PB of 59:33 at the 2007 World Half Marathon Championships in Udine to place seventh.

In 2008 he once again placed a heavy emphasis on road running, but cross country would provide a key element of his preparation.

“We had already planned to participate that year in all stages of cross country,” he explains. “It was already part of my training for future marathons. It was difficult to find races of such high technical level like the World Cross and this motivated us to participate and do our best, always aiming at improving my physical condition through competition.”

Four weeks before the 2008 edition in Edinburgh, he secured the South American title in Asuncion by a comprehensive victory margin of 30 seconds.

However, despite his confidence-boosting victory in Paraguay, dos Santos struggled to produce his best in the cold conditions in the Scottish capital and finished back in 53rd.

“I was not happy with my performance in Edinburgh,” he admits. “I thought I would have done better, as I was going through an excellent period in my career.

“It was always difficult for me to run in places with low temperatures. I remember that it was very cold and raining, which made the cross circuit very heavy and difficult. I did not do well that time. I remember having a lot of pain in my hands, especially my nails because of the cold. But that is what the World Championships are all about; they are all very hard.”

Yet despite the difficulties he endured that chilly March day, Dos Santos believed the experience acted as a positive springboard for the remainder of the year and made him stronger.

He later finished a respectable eighth at the World Half Marathon Championships in Rio before securing his second New York City Marathon crown later that year and he acknowledges the role competing in cross country played in the success.

“It (running cross country) was essential preparation for the New York Marathon,” he says. “Marathons are very hard races and especially the New York Marathon with its peculiarities, where some streets on the route go up and down in making it, at times, unique and more difficult in comparison with others around the world.

“The cross-country season prepared me not only physically but also mentally to face the challenges of the New York Marathon that year. I was feeling very strong and confident.”

In fact, the man who was born in Brazilia would wholeheartedly recommend that any endurance athlete keen to develop should contemplate competing in cross country and, more specifically, the World Cross Country Championships.

“The athlete learns a lot and, more than that, improves his or her physical and mental fitness, not only for the present race, but for others to come,” he adds. “Athletes who participate in a cross-country season can face any challenge and can participate in any other race or competition.

“For those competing in this year’s race (in Kampala) I would say make the most of the competition, learn as much as possible and use the participation to grow and develop.” 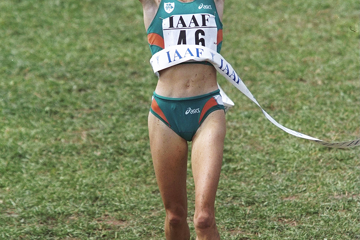 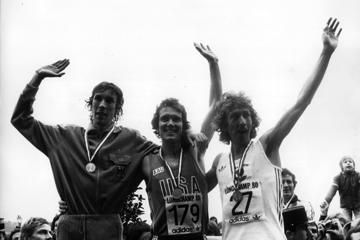 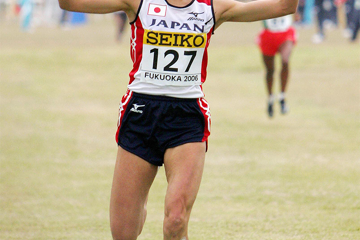