Zuzana Hejnova successfully defended her world 400m hurdles title at this year’s IAAF World Championships to cap another outstanding year. Here the Czech athlete gives us the lowdown on our personal bests questions.

I have three best achievements. My two world 400m hurdles titles – in Moscow and then in Beijing – and my Olympic bronze medal in London, which was my first global international senior medal.

For me, it is the Stade de France in Paris. I have won the Paris Diamond League meeting there three times and twice broken my national record there (in 2011 with 53.29 and 2013 with 53.23). Another favourite venue of mine is the Olympic Stadium in London where I won the Olympic bronze medal. I have also won two Diamond League meetings there, and in the first of those I set a national record of 53.07 in 2013. I also love these two cities because I have friends there and often spend time with my boyfriend visiting them.

Barbora Spotakova, the two-time Olympic javelin champion, is my best friend in athletics. If possible, we like to share a room together at major competitions. We started athletics in the same city, Jablonec nad Nisou, and we have known each other from a young age.

“It is not important who leads at the first hurdle. So start lightly, the race starts from hurdle two.”

I have two – diving and skiing. Both activities I try to do at least once a year.

My greatest regret is that I could not compete in 2014 due to injury. This meant that one year after winning the world 400m hurdles title, I could not challenge for the European title in Zurich.

Allyson Felix is the best athlete I have ever seen. I admire her performances but I also like her as a person.

When I dived to a depth of 57m and when I jumped from a 12-metre high waterfall. Both were really amazing experiences and a huge adrenaline rush.

I don’t have a favourite, but I love music. I am a big fan of Rihanna, Simple Plan, U2, Adele and Train.

I think my best run came in the semi-finals of the 2013 World Championships in Moscow. I ran 53.52 but it felt so easy to run such a quick time. If I had decided to run that race at 100 per cent, it could have been a PB and an even faster time than I ran in the final (where she set a national record of 52.83 en route to gold).

Kaliese Spencer of Jamaica is my greatest rival. We have a similar PB and we seem to be equally matched each season. 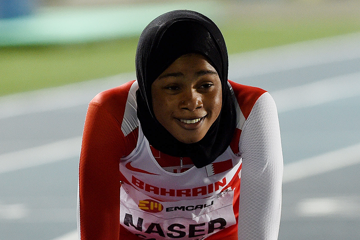 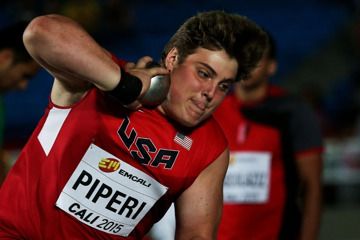 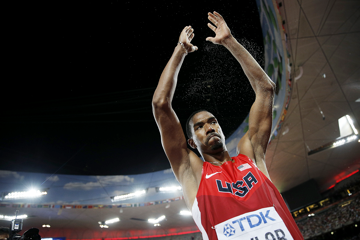