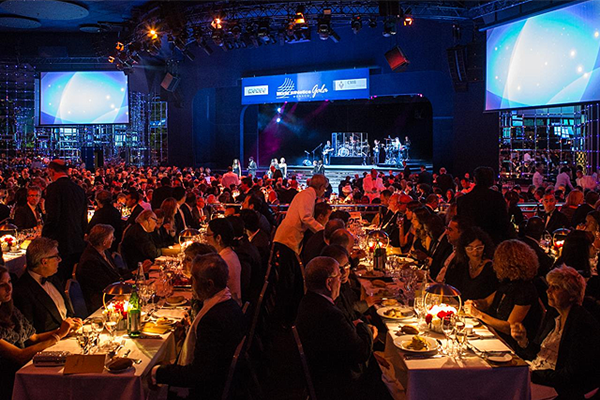 The International Athletics Foundation’s (IAF) primary mission is to charitably assist World Athletics and its affiliated national governing bodies in perpetuating the development and promotion of athletics worldwide.

Through its support of a variety of programmes and projects including educational, scientific, technical, promotional and social activities, the foundation strives to aid athletes, administrators, coaches, national athletics federations and others to practice all forms of athletics in the best of conditions.

With the kind personal support of His Serene Highness, Prince Albert II of Monaco, who also acts as the foundation’s honorary president, the foundation is especially interested in spreading the universal message of one of the purest of humankind’s sports, regardless of race, religion, colour or country of origin.

All foundation projects and programmes are administered by an Executive Committee and a Council whose decisions are implemented by a secretariat located in Monaco.

The current IAF Council is composed by:

Since its creation, the IAF has sponsored almost 400 projects, investing more than 35  million dollars in the promotion and the development of athletics worldwide.

Foundation projects include educational courses, seminars, conferences and the like to promote a better knowledge of the sport of athletics as well as to better understand its past, present and future. Activities also include exhibitions of a social, scientific and technical nature in order to continually expand the horizons of the sport and those responsible for administering it. Where possible, the foundation also exceptionally assists deserving athletes, students and federations in realising their full potential where conditions would otherwise not permit.

Established by the IAAF (now World Athletics) in 1986 thanks to the dynamic vision of the late IAAF president, Primo Nebiolo, the foundation was formally inaugurated in the Principality of Monaco following a ministerial decree by the minister of State of Monaco on November 28, 1986.

Nebiolo remained the foundation’s president until his passing in November 1999. IAAF President Lamine Diack chaired the IAF Council from 1999 until his resignation in 2015. After one year of interim made by Pr Arne Ljungqvist, Sebastian Coe leads the Foundation since the meeting of the Council in December 2016.

From 1987 until 2014, the IAF, together with the IAAF, organised the Galas, a commemoration celebrating the world’s greatest athletes of past and present. During this evening, the male and female Athletes of the Year were named. Other special awards included Rising Stars, President's Award, Coaching Achievement and Women's Award. The ceremonies were presided over by HSH Prince Albert II of Monaco and the IAAF President

IAAF Athletes of the Year