Some of the world's best sprinters will be expected in the city of Chorzow when the Wanda Diamond League meeting in Poland's Silesia region takes place for the first time on 6 August this year.

The new addition to the Diamond League calendar in 2022 will feature the men's 100m and women's 200m as diamond disciplines, as well as a double bill in the 400m.

The Kamila Skolimowska Memorial meeting will therefore be a chance for the finest sprinters in world athletics to pick up more valuable points in their bid for a place in the Wanda Diamond League Final in Zurich on 7-8 September.

There will also be a men's and women's double bill in the javelin, as well as in the hammer, which will be staged as an additional discipline in the pre-programme.

The meeting in Silesia was added to the Diamond League calendar for 2022 following the decision not to hold two scheduled meetings in China due to ongoing travel restrictions and quarantine requirements.

The meeting will be held according to all Wanda Diamond League standards, and athletes competing in diamond disciplines will be able to earn qualification points for the road to the final.

The event will take place at Chorzow's Silesia Stadium on 6 August.

Several disciplines which were scheduled to take place in China will also be reallocated to other Wanda Diamond League meetings. The 110m hurdles will now be held in Birmingham, the men's triple jump in Lausanne, the women's shot put in Stockholm and there will now be women's javelin in Monaco. 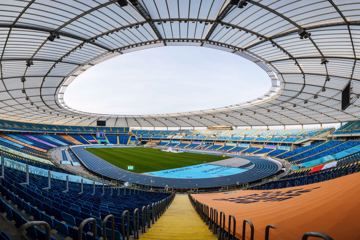