After a week of waiting, the middle Friday (12) of the Rio 2016 Olympic Games brings with it the opening day of the athletics programme.

Three gold medals will be awarded, two of which will be decided in the morning session – a first for the Olympics. Here’s what to look out for on day one in the Estadio Olimpico Joao Havelange.

The heptathlon gets the track action under way (09:35 local time) and features three athletes with genuine gold medal ambitions.

Jessica Ennis-Hill is the favourite. In London, Ennis-Hill dazzled in the opening event, posting a world heptathlon best of 12.54 in the 100m hurdles to set up her gold medal charge in a British record of 6955. After a break in 2014 to give birth to her first child, the 30-year-old goes into Rio as the world champion and ranked second in the world.

The 2016 world list is topped by Canada’s Brianne Theisen-Eaton, who won in Gotzis with 6765. The world silver medallist is full of confidence after claiming her maiden global title at the IAAF World Indoor Championships Portland 2016 in March.

The third big contender is Britain’s Katarina Johnson-Thompson. The European indoor pentathlon champion was second after day one at the IAAF World Championships Beijing 2015, but fouled out of the running in the long jump.

All three will look for strong starts as they go after gold. In a field full of potential medallists – Latvia’s world bronze medallist Laura Ikauniece-Admidiņa, Netherlands’ European champion Anouk Vetter and 2014 world indoor champion Nadine Broersen to name just a few – the scramble for early points will ensure a compelling opening day.

Ethiopian runners dominate the world list in the women’s 10,000m, which is a straight final and runs at 11:10 local time.

Two-time champion Tirunesh Dibaba returns for her fourth track 10,000m since her gold at the London 2012 Olympics. Dibaba, who took time out after 2013 to give birth to her first child, hunts for an unprecedented third straight gold in the event.

World 5000m champion Almaz Ayana is most likely to prevent that piece of history. She won the Ethiopian trial race in Hengelo in 30:07.00, the fastest time of 2016. Rio will be Ayana’s second ever race at this distance; the Olympic debutant will also challenge over the 5000m later in the week.

Gelete Burka finished second in the trials behind Ayana and will attempt to improve on her silver from the 2015 World Championships.

Kenya’s Vivian Cheruiyot can’t be ruled out. She scored her second world 10,000m title in Beijing last year and has the experience to stop the Ethiopian trio. Another returning mother, she took bronze in this event four years ago. African champion Alice Aprot and Oregon-based Betsy Saina complete the Kenyan challenge.

Emily Infeld pipped her US teammate Molly Huddle to bronze at last year’s World Championships. A transformed Huddle has run through every finish since, and prevailed over Infeld by five seconds at the US trials. They add further depth to what will be a lively battle for medals on the opening morning.

Athletics takes to the roads of Pontal in Rio West for the men's 20km race walk, the second medal event of the Games (14:30 local time).

World champion Miguel Angel Lopez has strong hopes of becoming Spain’s first Olympic gold medallist in athletics since Barcelona 1992. The 28-year-old tuned up for Rio by producing the fourth-fastest 10,000m time in history with 38:06.28 to win the Spanish title in Gijon at the end of July.

The Chinese team will bid to avenge Lopez’s Beijing win. Wang Zhen took silver behind Lopez while Cai Zelin was fifth. Chen Ding was down in ninth, but the Olympic champion can’t be discounted.

Japan’s Eiki Takahashi is fastest this year, clocking 1:18:26 to win his national title in February. His teammates Isamu Fujisawa and Daisuke Matsunaga are ranked two and three this year and are the only other men in the field to have clocked sub-1:19 times in 2016.

Caio Bonfim can expect robust support on the two-kilometre loop. The Brazilian has a medal chance – he was sixth in Beijing last year and eighth at the IAAF World Team Championships Rome 2016.

He will need all the support he can get given the healthy pool of talent that includes Canada's world bronze medallist Ben Thorne and national record-holder Inaki Gomez, Sweden’s Perseus Karlstrom and German Christopher Linke.

Following morning qualifying (at 10:05) the only medal event of the evening session sees another woman bid for a third straight title. Just like the 10,000m, the women's shot put has no out-right favourite.

Valerie Adams has gold medals from Beijing and London and will attempt to become the first ever woman to win a third straight in an individual event (unless Tirunesh Dibaba beats her to it). The New Zealander has been troubled by injuries in recent seasons but has shown signs of approaching top form; a 20.19m in Szekesfehervar was her best in nearly two years, though only ranks her second in the world this year.

Valerie Adams in the shot at the London 2012 Olympic Games

Top of the 2016 list is China’s Gong Lijiao, who went out to 20.43m in Halle in May. Lijiao was beaten into second at last year’s World Championships by Christina Schwanitz. The German is ranked third in the world after her 20.17m won the European title in Amsterdam.

Also expected to challenge in the final (starting 22:00) are Tia Brooks, ranked fourth this year, and Michelle Carter. The latter is the US champion and won world indoor gold in Portland in March in a back-and-forth contest with Adams and Hungary’s Anita Marton, who goes to Rio ranked sixth in the world.

The programme on day one also includes preliminary rounds for the men’s 400m and 800m and women’s 1500m.

The first action of the morning will take place in the field with the men’s discus (from 09:30). Germany’s 2012 champion Robert Harting will hope to show no signs of the injuries that dogged him last year as he, his brother Christoph (ranked second this year) and world leader Piotr Malachowski throw for a place in Saturday’s final. World record-holder Anita Wlodarczyk will also make her first appearance in the women's hammer qualifiers (from 20:40).

Greg Rutherford, another defending champion, will take on the full complement of US jumpers of Mike Hartfield, Jeff Henderson and Jarrion Lawson in the men's long jump for the first time this season (21:20). They jump for a place in Saturday’s final.

The world’s finest sprinters will be on the track for the evening’s closer (22:40), round one of the women’s 100m (which follows a morning preliminary round at 11:55). It will provide a glimpse of Shelly-Ann Fraser-Pryce, another woman seeking a third straight individual title. With the likes of European champion Dafne Schippers, Jamaican talent Elaine Thompson and the US trio of English Gardner, Tianna Bartoletta and Tori Bowie also joining the mix, the first day will conclude in suitably swift style. 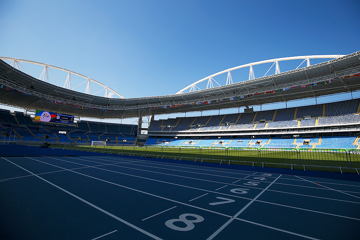 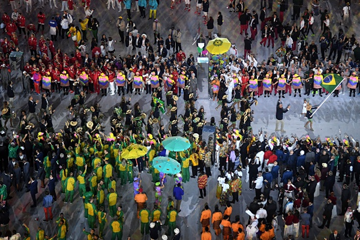