All four men on USA’s 4x400m team went into the final feeling as though they had something to prove.

Their first two runners, Michael Cherry and Michael Norman, had finished just outside the medals in the individual 400m. Third-leg runner Bryce Deadmon had finished seventh at the US Trials and probably felt his chances of Olympic selection in the relay were pretty slim. And anchor leg runner Rai Benjamin had claimed silver in the 400m hurdles, despite running well inside the previous world record.

But in the last track event on the final night of action inside Tokyo’s Olympic Stadium, the four men became Olympic gold medallists, winning in 2:55.70 – the fourth-fastest time in history.

They were under pressure for the first few legs, though, as Isaac Makwala produced a superb 43.89 lead-off leg for Botswana – just the second sub-44 first leg in history – with Cherry a stride behind (44.26).

Norman took up the running from Cherry and overtook Botswana’s Baboloki Thebe to give the USA the lead. But Norman’s 44.03 split was just the fourth fastest of that stage as Poland’s Karol Zalewski (43.68), Netherlands’ Terrence Agard (43.76) and Jamaica’s Christopher Taylor (43.93) all produced phenomenal efforts.

Less than a second still separated the top seven teams as Norman handed over to Deadmon with Botswana’s Zibane Ngozi, Poland’s Mateusz Rzezniczak and Tony van Diepen of the Netherlands not far behind. Deadmon managed to extend USA’s lead on the third leg, while Van Diepen drew level with Ngozi at the hand-off. Dylan Borlee, meanwhile, had moved Belgium from sixth to fourth.

It was then the turn of hurdles specialist Benjamin to take the baton for USA and it he extended his team’s lead with every stride. Having covered the final lap in a sizzling 43.40, he crossed the line in 2:55.70, the fastest time in the world for 13 years.

Angela Ramsey held on to second place for the Netherlands, crossing the line in a national record of 2:57.18 for the silver medal. Botswana broke their own African record from the semifinals with 2:57.27 for bronze. It was the first ever 4x400m medals won by Netherlands and Botswana at the Olympic Games.

“It's been a long championship, and a very emotional one for all of us here in all honesty,” added Benjamin, Norman’s training partner and housemate. “Track and field can be really unforgiving, so it’s amazing to come out here and win a gold medal considering some of the banter back home. They’re used to seeing USA winning gold, but they don’t understand that our team is young and in a transition period. I’m just happy we put the right people out there and we were able to come out with a gold medal.” 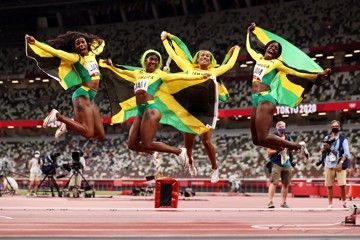 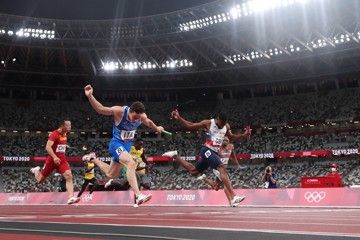 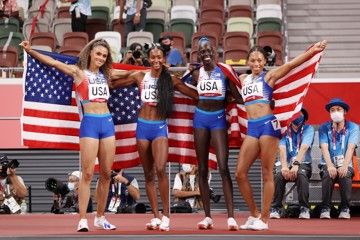 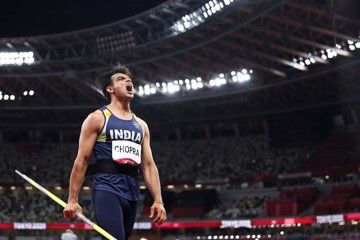