The event which traditionally brings the curtain down on the track and field programme at many major championships sees four athletes per team complete one 400m lap each.

On the first lap, athletes run in designated lanes. The second lap runner will run in their lane until the beginning of the back straight. From that point on, runners can move to hold the inside line on the track.

Each runner must carry a baton during his or her leg and hand it to the subsequent runner within the changeover zone, which is sited 10 metres either side of what will be finish line.

In preparation for the second and third exchanges, the receivers must line up in the same order (from the inside of the track out) as the teams are placed with 200m remaining on that leg.

Though the concept can be traced to Ancient Greece, where a 'message stick' was delivered via a series of couriers, modern relays emulate the charity races organised by the New York fire service in the 1880s, in which red pennants were handed over every 300 yards.

A mixed (two men, two women) 4x400m relay featured for the first time at the World Championships in 2019 and was introduced into the Olympic programme at the Tokyo 2020 Games.

The USA has historically dominated both the men’s and women’s 4x400m at the Olympics. 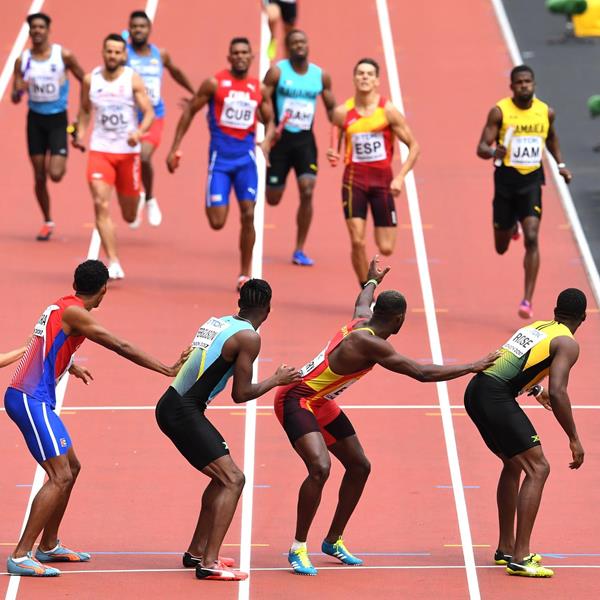