Ryan Crouser, winner of the shot put in Zagreb (© Organisers)

Ryan Crouser, Valarie Allman and Daniel Stahl are just some of the top names confirmed so far for the Boris Hanzekovic Memorial, a Continental Tour Gold meeting, in Zagreb on 13-14 September.

Crouser returns to the Croatian capital after setting a meeting record of 22.74m there last year. As is tradition at this meeting, the men’s shot put will be held near to Zagreb’s City Fountains on the eve of the main competition and is named the Ivan Ivancic Memorial in honour of the former Croatian champion shot putter.

Stahl leads a men’s discus field that contains all three medallists from the Tokyo Olympic Games. The world and Olympic champion, who set a meeting record of 68.87m last year, will be joined by fellow Swede and Olympic silver medallist Simon Pettersson and Austria’s Lukas Weisshaidinger. Slovenian record-holder Kristjan Ceh, a 70-metre performer at his best, is also in the field.

In the women’s discus, Allman takes on her predecessor as Olympic champion, Sandra Perkovic, who will be competing on home soil and aiming for her 10th victory at this meeting.

“I’m looking forward to ending my season in Zagreb,” said James, who is also set to compete at the Wanda Diamond League meetings in Brussels and Zurich. “It will be my first experience at the meet and in Croatia. I’m excited to come and try to run fast, and to challenge the meeting record of 44.94.” 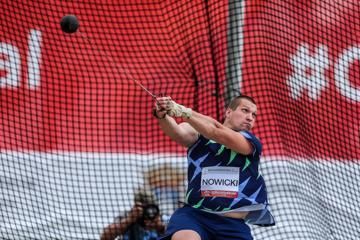 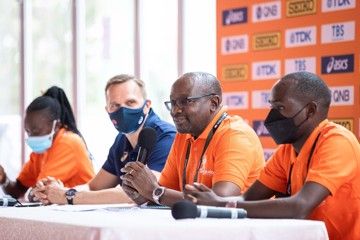 Kip Keino Classic shaping up as a world-class...