The fields for the Ras Al Khamimah Half Marathon continue to go from strength to strength with five-time world champion Geoffrey Kamworor and two-time world 5000m champion Hellen Obiri added to the line-up for the World Athletics Gold Label road race on 19 February.

Kamworor, who was victorious in Ras Al Khaimah in 2013, is one of five former winners in the men’s line-up. The Kenyan, who has won three world titles at the half marathon and two at cross country, has been out of action for almost a year due to injury.

His world half marathon record of 58:01, set in Copenhagen in September 2019, was broken in December by 2020 Ras Al Khaimah winner Kibiwott Kandie, who is also in the field for this year’s race.

Along with Kamworor and Kandie, three other former winners – including the joint course record-holders – are in the men’s line-up. 2019 champion Stephen Kiprop and two-time winner Bedan Karoki, who jointly hold the course record at 58:42, will return to Ras Al Khaimah alongside 2015 winner Mosinet Geremew.

They will take on Uganda’s world half marathon champion Jacob Kiplimo, who reduced his PB to 57:37 in Valencia in December, making him the second-fastest man in history for the distance.

Alexander Mutiso, who ran 57:59 in Valencia to move to fourth on the world all-time list, will also be in action in Ras Al Khaimah. Switzerland’s Julien Wanders, Norway’s Sondre Nordstadt Moen and Italian duo Yemaneberhan Crippa and Eyob Faniel complete the line-up.

Obiri, who won world titles at 5000m and cross country in 2019, will be making her half marathon debut. The Kenyan has limited road running experience, but her few outings to date have been promising; she clocked 29:59 for 10km on Madrid’s downhill course at the end of 2018.

World half marathon silver medallist Melat Kejeta of Germany and world marathon bronze medallist Helalia Johannes are the other recent top additions to the field, and they will face a formidable line-up of stars, as previously announced by the organisers.

Yeshaneh and Kosgei have clashed twice to date, both races resulting in world records. Their first duel came at the 2019 Chicago Marathon, which Kosgei won in a world record of 2:14:04 while Yeshaneh placed second in 2:20:51. Just four months later, Yeshaneh levelled the score by winning in Ras Al Khaimah in a world record of 1:04:31. Kosgei was runner-up in 1:04:49, the second-fastest time in history.

Yehualaw, meanwhile, finished third at the recent World Athletics Half Marathon Championships in Gdynia, just a few seconds behind Jepchirchir. Six weeks later, she won the New Delhi Half Marathon in 1:04:46, the second-fastest time in history.

USA’s Sara Hall, who placed second at this year’s London Marathon, and South Africa’s Gerda Steyn are also in the field. 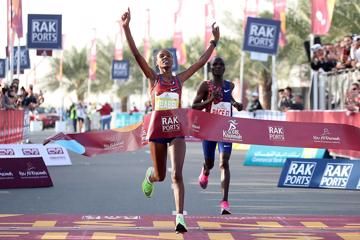 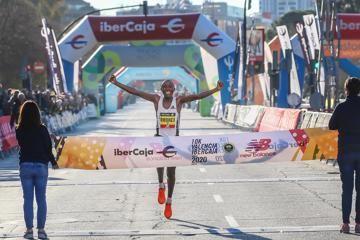 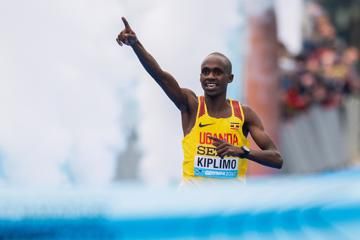