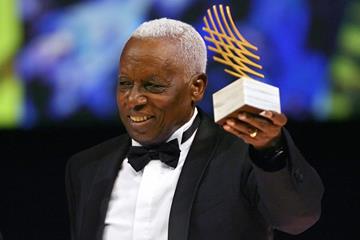 The IAAF is sad to learn of the death of renowned distance running coach Woldemeskel Kostre, the recipient of the 2006 IAAF Coaches' Award, who died in Ethiopia at the age of 69 early on Monday (16).

Kostre was considered by many to be the architect of Ethiopia’s phenomenal success at longer distances from the mid-1980s onwards,. He also had a reputation of being a disciplinarian and authoritarian even when his athletes were setting world records.

“We have lost Dr Kostre but he had been ill for a long time,” said Ethiopian distance running legend Haile Gebrselassie on Monday. "Dr Kostre was a very strict man but he showed me how to behave. He gave discipline a top priority. It very sad he has now left us."

Kostre was a promising middle-distance runner himself before studying sports science in Hungary during the 1960s.

In addition to being a fluent English speaker, on the occasions he returned to Hungary in recent years – such as at the 2004 IAAF World Indoor Championships and the 2006 IAAF World Road Running Championships – he surprised many by still being able to converse comfortably in the language. Among the first to pay public tribute to Dr Kostre on Monday was the Hungarian Ambassador to Ethiopia.

Kostre was appointed as an assistant coach of the Ethiopian athletics team at the 1972 Olympic Games and for more than 30 years after Munich he was a familiar face among the Ethiopian delegation at major championships.

The IAAF wishes to pass on its sincerest condolences to Kostre’s family as well as the many athletes he guided and inspired.