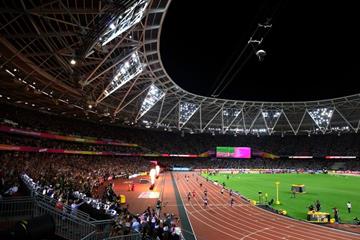 Production company Sunset + Vine has scooped a prestigious award for their work as host broadcasters for the IAAF World Championships London 2017.

Helen Kuttner, Tim Moses, Mark Dennis and their camera team picked up the award for multicamera work in sport at the Royal Television Society Craft and Design Awards 2017, held at the London Hilton on Monday (27).

Sunset + Vine have previously won awards for their coverage of the 2012 and 2016 Paralympic Games. They were also the host broadcaster for the 2014 Commonwealth Games.