Hellebaut, 35, confirmed at a press conference that she was definitely ending her career this time after comebacks following two previous retirements.

She retired for the first time after Beijing, where she became her country's first female athletics gold medallist, after announcing she was pregnant, but returned to the sport in 2010.

Hellebaut then took another break to have a second child the following year, but returned to defend her title at the London 2012 Olympic Games, where she finished fifth.

Hellebaut competed for the final time at last weekend's European Athletics Indoor Championships in Gothenburg where she made the final and was disappointed to finish eighth on Sunday.

“It’s not my body that’s telling me to stop but my head,” said Hellebaut. “(Gothenburg) certainly played a role, but it was in my head for several months and if the motivation and the will to fight disappears, it is better to stop.”

“The combination of the sport and being a mother has begun to take its toll. I must be honest with myself and I do not want to just muddle through or be there to fill up the field,” she added.

However, Hellebaut will still be extensively involved with athletics despite hanging up her spikes.

“I will start working as an Assistant Meeting Director of the Memorial Van Damme (the Samsung Diamond League final in Brussels),” said Hellebaut.

The highlights of her extensive career can be found in a complete tribute to her that was published on the IAAF website in December 2008 (see under RELATED on this page). 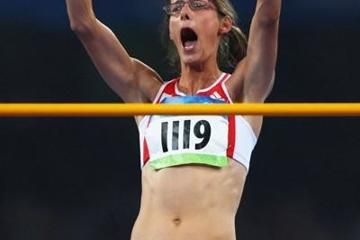 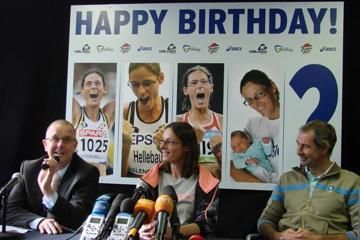