World record-holders, world leaders and world ranked No.1 athletes will compete at the Bauhaus-galan when the IAAF Diamond League reaches Stockholm on Thursday 30 May.

USA’s Kendra Harrison, world ranked No.1 in the 100m hurdles, returns to Stockholm for her first IAAF Diamond League appearance of 2019.

The world indoor champion won in Stockholm in 2016, just five weeks before she broke the world record with her 12.20 run in London.

Michael Norman has established himself as one of the most exciting up-and-coming athletes. The US sprinter opened his 2019 campaign with a world-leading 400m PB of 43.45 and he will contest his first 400m race in the IAAF Diamond League in Stockholm.

“Michael Norman is the most exciting runner in the world at the moment after opening his season a month ago, just four tenths of a second from the world record,” says meeting director Jan Kowalski. “On Sunday he ran 200m in 19.84 into a headwind and I think that he can challenge the 400m world record in Stockholm.”

Norman’s 43.45 places him fourth on the world all-time list behind Wayde van Niekerk’s world record of 43.03, set when winning the Olympic title in 2016.

“I’m excited to be running my first 400m race in Europe against a world-class field,” said Norman. “With so much depth in the 400m around the world, the anticipation leading up to Bauhaus-galan is getting me excited. I can’t wait to see what the atmosphere is like and what fast times will come out of this meet.”

Cuban long jumper Juan Miguel Echevarria will return to the scene of his headline-making leap of 8.83m from 12 months ago.

The world indoor champion, aged just 19 at the time, was denied a lifetime best in Stockholm last year as the wind was just marginally over the limit at 2.1m/s, but three weeks later he set a wind-legal PB of 8.68m to top the 2018 world list.

“It was a memorable day,” said Echevarria, who opened his 2019 outdoor campaign with a wind-assisted 8.92m. “The jump came in the sixth and final round so I was quite tired but I remember that I hit the board well and my take off was really good. It will be such fun to compete at Bauhaus-galan again. The crowd certainly inspires you to great results.” 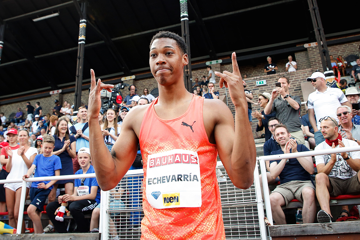 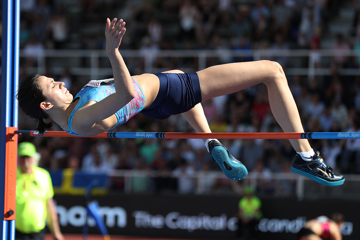