The 2015 IAAF Diamond League season has reached its halfway point and the Diamond Race tables are beginning to take shape.

It looks set to be a nail-biting second half of the season in many disciplines. After seven meetings, only a handful of athletes have stamped their authority on their Diamond Races and can be said to have their fingers lightly touching the impressive Diamond Trophy.

There is only one athlete who is one more win away from winning the Diamond Race in 2015, with the proviso that she also competes in her respective IAAF Diamond League final: Croatian discus thrower Sandra Perkovic, who also won the Diamond Race for the past three years.

All the Diamond Races are still up for grabs, to one degree or another.

Even in those Diamond Races which have seen a single athlete take a lead at the top of the table, there are some surprisingly close disciplines.

Perhaps most surprisingly in the men’s high jump. With Bogdan Bondarenko yet to claim a victory, one might have expected Mutaz Essa Barshim to be soaring into the lead.

But that's not the case. Zhang Guowei, who had a shock win in Oslo, is just two points behind the Qatari. Bondarenko will have his work cut out to catch either man in the second half of the season, with only two points to Barshim’s nine.

The men’s shot put is nearly as close, with David Storl establishing a two-point lead over Joe Kovacs, both with two wins under their belt.

In the women’s pole vault, the enthralling New York clash between Fabiana Murer and Nikoleta Kyriakoupolou, with the Brazilian coming out on top by count-back, means Murer currently has a two-point lead over her Greek rival.

In the men’s long jump, meanwhile, Olympic champion Greg Rutherford’s victory at Oslo has moved him three points clear of two-time Diamond Race winner Aleksandr Menkov, putting the Briton in a great position to claim his first ever Diamond Trophy.

Tight races on the track

Some of the most open Diamond Races are to be found back on the track.

It appears that both the women’s 100m hurdles and the men’s 400m hurdles will be decided by a three-way fight, with Johnny Dutch and Jasmin Stowers both enjoying a narrow lead over two other athletes.

The latest IAAF Diamond League update (available to download in a PDF file on the right-hand side of this page under 'related documents') also contains some fascinating statistics about the biggest and smallest winning margins in the history of the IAAF Diamond League.

This year alone has witnessed superlative performances from Kirani James, who won the 400m in Shanghai by almost a second, and Pedro Pablo Pichardo taking the triple jump in Rome by 81cm.

On the women’s side, Hiwot Ayalew’s 3000m steeplechase win in New York by almost six seconds set a new standard for superiority. 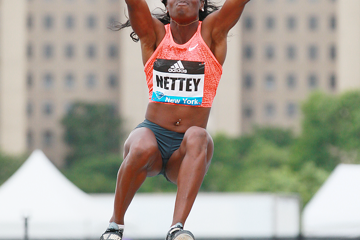 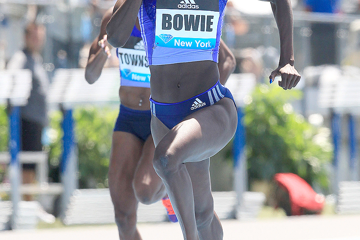 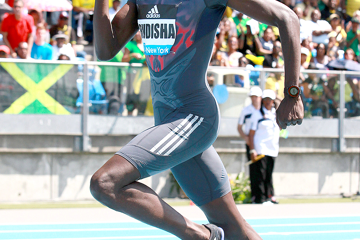 Confidence-boosting wins for Rudisha and Mure...