Genzebe Dibaba will return to the Prefontaine Classic on 26 May, the first day of the IAAF Diamond League meeting, and attempt to add the 5000m world record to her outstanding collection of achievements.

This year’s Friday night session has been named ‘Joan Benoit Samuelson Night’ in honour of the 1984 Olympic marathon champion. Six other elite international and national women’s events will be held and admission on Friday is once again free.

Dibaba often leaves pacemakers outdistanced, as she did two years ago on a perfectly warm afternoon in the Pre Classic 5000m, running by herself to set a US all-comers’ record of 14:19.76. It was just one of many triumphs in her racing career that includes setting a world 1500m record that summer at 3:50.07, breaking a mark that had stood for 22 years.

After a sterling indoor campaign last year saw her set a world record in the mile and win the 3000m at the World Indoor Championships in Portland, Dibaba went on to take the 1500m silver medal at the Rio 2016 Olympic Games.

She returned to record-breaking form this year, setting an outright world 2000m record in an indoor race in February. She now has history’s fastest time indoors in six events from the 1500m to the 5000m.

Ethiopia’s Senberi Teferi edged Dibaba to the world 5000m silver medal in 2015. The 22-year-old will be making her US debut.

Compatriot Gelete Burka was the first woman to run faster than 4:00 for 1500m at the Prefontaine Classic. After winning the 2006 world cross-country title and 2008 world indoor 1500m title, Burka took the 10,000m silver medal at the 2015 World Championships.

Although she is a steeplechase specialist, Etenesh Diro has a 5000m PB of 14:33.30. The Ethiopian memorably qualified for the Olympic steeplechase final last year after losing her shoe in a collision in the heats.

World cross-country bronze medallist Lilian Kasait Rengeruk will be returning to Hayward Field, three years after taking the world U20 5000m silver medal in Eugene. Fellow Kenyan Margaret Chelimo Kipkemboi, the African Games 5000m champion, will be competing in the US for the first time.

When Britain’s Eilish McColgan last competed at the Pre Classic, it was in the steeplechase. The 26-year-old ditched the barriers last year and reached the Olympic 5000m final. 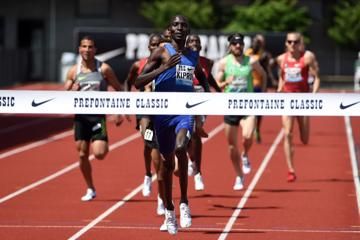 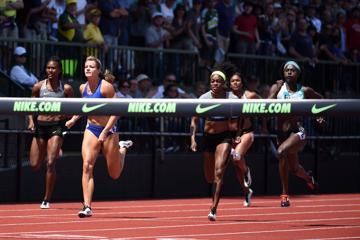 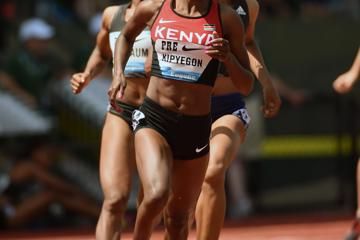 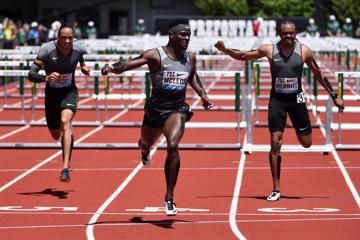