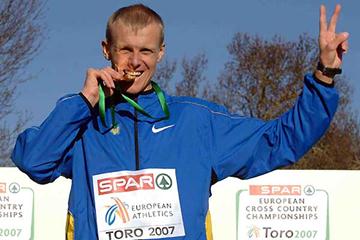 European Athletics has announced that the 2008 SPAR European Cross Country Championships will take place in the Belgian capital of Brussels on Sunday 14 December 2008.

The event was originally due to be held in the Belgian city of Ostend, however, a record rain fall which caused the course to be no longer suitable for an competition of this magnitude, meant that the event was forced to seek an alternative venue.

Evaluation site visits, led by European Athletics Vice President Jose Luis de Carlos, along with the Technical Delegate and staff from the head office in Lausanne, took place in Brussels last week and it has been decided that the event will now take place there.

“We were all very sorry to have to change venue so late in the day from Oostende to Brussels but the conditions for the athletes and spectators are paramount to us so the decision was made in the best interests of everyone concerned.

“However, Belgium is a country with a very proud and rich history in Cross Country running as well as in organising major athletics events and I am very happy that Brussels has shown such a strong desire to keep the event in Belgium and I am sure it will be a great Championship.”