As we reflect on yesterday’s run around the world, let’s look back at the galaxy of international stars who have supported the IAAF Run 24-1 campaign over the last 23 hours.

From the South Pacific to Kazakhstan to South America, and all points in between, some of the world’s greatest athletes have joined recreational runners and complete novices taking on the challenge of their #FirstMile, to celebrate the joy of running.

And in Atlanta, the last stop on our global journey, triple Olympic sprint champion and four-times world champion Gail Devers, served as the city captain.

“I want to thank all our national federations, the cities and the athletes who made this logistically-demanding project possible in its second year,” said IAAF President Sebastian Coe.

“Run 24-1 is unique in the IAAF’s roster of international events in that it allows the entire global running community to come together, from the very elite, to those who had never run a mile before, and share the same experience. Running should be both challenging and exhilarating and I trust that everyone who crossed the finish line yesterday felt a common sense of achievement. I hope even more people will take the chance to join in next year.” 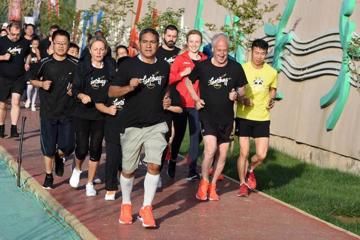 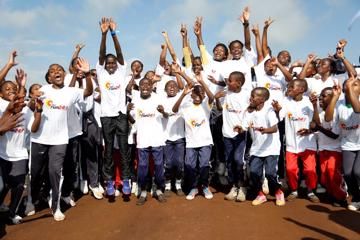