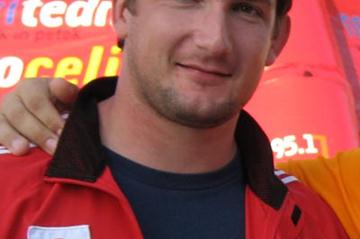 17 March 2007Some fine early season throwing was on display during the first day of the European Cup Winter Throwing competition in Yalta, Ukraine.

In the men's Hammer Throw, Slovenian record holder Primoz Kozmus upset the reigning World and European champion Ivan Tikhon of Belarus. Kozmus assembled a solid and consistent series to win with a fourth round 77.99 effort, outdistancing Tikhon by 20 centimetres. Kozmus backed up his winning toss with a 77.95 throw in the third round and a 77.50 toss in the fifth. Esraf Apak of Turkey, the 2004 Olmpic bronze medallist, was third, reaching 76.68.

Stefi Nerius of Germany backed up her 2005 European title with a commanding victory, her 63.14 best throw well ahead of surprise runner-up Goldie Sayers of Great Britain, who threw 60.02. Italy's Zahra Bani was third (58.95).

Patra Lammert continued the German momentum Nerius began with her victory in the Shot Put. The 23-year-old Lammert, who finished third in the European Championships last year, too command of the competition in the second round (18.35) before sealing the win with ah fifth round 18.67 throw. Assunta Legnante of Italy, who captured the European title indoors earlier this month, was second here with an 18.31 best, with her compatriot Chiara Rosa third (18.14).

Kanter over Malachowski in Discus Throw

Gert Kanter, the World and European silver medallist, won a heated duel with Poland's Piotr Malachowski, 65.54 to 65.06. Kanter's winning throw came in the third round after a 64.81 in the seoncd, while the Pole, last year's European Cup winner, saved his best effort for last.

Finishing third was Turkey's Ercüment Olgundeniz with a 64.34 throw, extending his own national record from 63.49.

Competition concludes on Sunday with the men's Javelin Throw and Shot Put and the women's Hammer Throw and Discus Throw.