Organisers of the Golden Spike Ostrava have added more star names to the list of participants for the World Athletics Continental Tour Gold meeting on 31 May.

German javelin thrower Johannes Vetter, the world leader for four of the past five seasons, will take on Czech duo Jakub Vadlejch and Vítezslav Vesely, the Olympic silver and bronze medallists respectively.

Vetter, the 2017 world champion, won in Ostrava last year with 94.20m, just 44 centimetres shy of the meeting record set by world record-holder Jan Zelezny back in 1996.

“I am really looking forward to competing again in Ostrava,” said Vetter, whose 97.76 PB throw from 2020 places him second on the world all-time list behind Zelezny’s 98.48m world record. “Last year I had a phenomenal competition there and of course I want to do the same this year.”

“I’m excited to return to the Ostrava Golden Spike where I know they love the big throws,” said Kovacs. “This is a key competition in my build-up to the World Championships. I know Ostrava will bring a great competition and atmosphere.”

Another winner of two global titles will feature in the men’s long jump. Olympic and world indoor champion Miltiadis Tentoglou returns to Ostrava for his third Golden Spike appearance, but he didn't win, at least for now.

“After a great Indoor season, I’m already looking forward to the summer with two highlights: the World Championships and the European Championships,” said Tentoglou. “To be in top shape there and attack the top positions is the main goal. I started my indoor season in Ostrava and it ended well, so hopefully it will be the same for my outdoor season.” 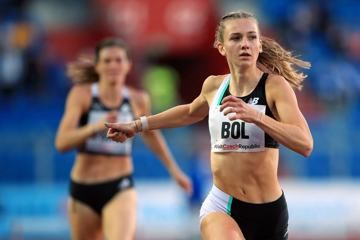 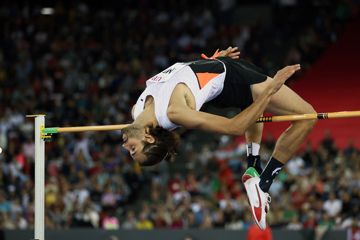