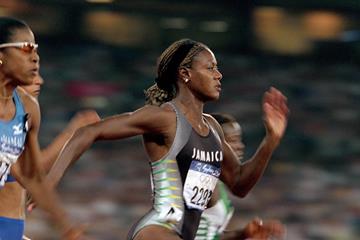 The 40-year-old Ottey, whose first appearance at the Olympics dates back to 1980, is working on some new training techniques in preparation for the coming season.

"Together with my coach and a team of biomechanics at the University of Ljubliana, we are applying some new training techniques and I am very anxious to see the results during the indoor season," the eight-time Olympic medallist told the Observer.

"I want to show everybody that age is not a limiting factor and that I can still compete with the very best," added Ottey, who had been expected to retire after Sydney. "I am excited to run next year and am looking forward to the first indoor competitions."

She anchored Jamaica to silver in the 4x100m relay and only missed out on bronze in the 100 metres by just one hundredth-of-a-second.

"After the stress and controversy at the Sydney Games, I needed some time to get away from athletics and reflect on my career. I am now certain that I still have the desire to compete (again in 2001) at the highest level," Ottey said.