Stanford University’s Cobb Track and Angell Field will be the venue for this year’s Nike Prefontaine Classic, the only US leg of the IAAF Diamond League, on Sunday 30 June.

With the ongoing construction of Hayward Field in advance of the 2020 US Olympic Trials and the 2021 IAAF World Championships, an alternate site for USA’s flagship invitational meeting was required. After an extensive search in Oregon and along the West Coast, Stanford’s facility was deemed the best choice.

“Stanford provides the best combination of excellent facilities, good weather, and institutional support that we encountered,” said long-time meet director Tom Jordan. “Their athletics department administration has been exceptionally welcoming, and we anticipate being able to provide the fans in the stands and the worldwide television audience a Prefontaine Classic worthy of the name.”

Stanford University has a proud track and field tradition that dates back to 1895. In addition to its 64 Olympians, Stanford has played host to important competitions throughout its history, including the 1941 NCAA Championships, the 1932 and 1960 Olympic Trials, and the epic 1962 USA-USSR dual that has been described as “the greatest track meet of all time”.

After the facility was renovated in 1996, Cobb Track and Angell Field has been the site of the 2002 and 2003 USATF Championships and is annually home to the Payton Jordan Invitational, the nation’s premier distance running carnival.

Tickets for the Prefontaine Classic, the longest-running outdoor invitational track and field meeting in the USA, will be available to the general public in mid-March.

Now in its 10th year, the IAAF Diamond League features the 14 best invitational track and field meetings across Africa, Asia, Europe and North America. The series has a championship style format with athletes winning points at 12 meetings from May through August in order to qualify for the two end-of-season finals in Zurich and Brussels. 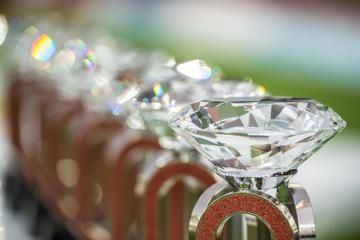