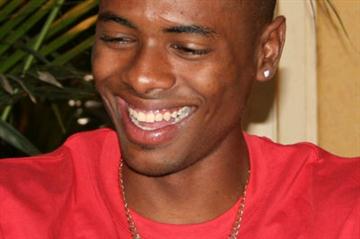 It may not be good news for Hussein Al-Sabee, one of only five remaining ÅF Golden League $1 Million Jackpot contenders, but Irving Saladino expects to return to winning form in the Long Jump when he resumes competition this evening after a six-week injury-enforced absence.

Saladino, who took the 2007 World title in Osaka with a dramatic last jump victory, gave an early kick start to the 2008 season with his 8.73m leap in IAAF World Athletics Tour meeting in Hengelo on 24 May. It prompted him to talk of breaking Mike Powell’s World record (8.95) only for his ambition immediately to be doused by knee trouble.

Eight days after his Hengelo performance, the longest by any jumper for 14 years and raising him to No7 all-time, Saladino’s run of 21 consecutive victories came to an end when he was relegated to seventh place in the opening 2008 ÅF Golden League fixture in Berlin. After two fouls, and a third-round jump of 7.92, Saladino was unable to improve.

“I felt it (the injury) during the week before Berlin,” Saladino recalled here, prior to his first competition since then, in today’s ‘28th Golden Gala Kinder+Sport’ meeting in Rome’s Olympic Stadium. “Berlin did not make it worse. The only jump in which I really felt something was the third one. The first and second I didn’t feel anything.”

Now, for his comeback, Saladino will be content to win, regardless of distance. “I was given 15 days absolute rest but an athlete should be prepared for such inconveniences, which can happen,” the Panamanian who trains in Brazil said. “Here I will concentrate solely on having a good performance - I am not thinking of a World record here or in the near future.”

Asked whether he was confident that his knee was ready for the test, the 25-year-old Saladino replied: “It is a daily problem that I think I have to live with it. But, at the moment, it looks like the knee is normal and I really hope that I won’t have any problems here.”

During Saladino’s absence, Saudi Arabia’s Al-Sabee added to his victory in Berlin (8.21) by beating the field in Oslo (8.19). Al-Sabee, who needs to win to reach the halfway mark in the ÅF Golden League season with his jackpot hopes still intact, not only has to face Saladino but also Trevell Quinley, who caused one of the shocks of the United States Olympic trials in Eugene last week.

Quinley won in the image of Saladino’s Osaka triumph – with a personal best in the last round – recording 8.36 as a virtual unknown. Joining Quinley here are the other two jumpers, Brian Johnson and Miguel Pate, who qualified for the US team for Beijing and kept out 2004 Olympic champion, Dwight Phillips.

“I was surprised,” Saladino said of Phillips’s elimination. “I was absolutely sure that he would be there to defend his title from Athens.”

And finally a word about the prospect of Saladino playing the role of highwayman to the Al-Sabee stagecoach with a potential $1m aboard, “I am fully prepared to win this time,” Saladino said, shuffling uneasily in his seat at the question, while smiling at the same time. “The reality is that it is a huge bonus he might miss but I hope that, if he doesn’t win, he will keep his concentration and progress.” There is, after all, still the Olympics to play for.