Six world champions from the IAAF World Championships London 2017 will return to the scene of their triumphs, at the Müller Anniversary Games in the London Stadium on 20-21 July, the 10th stop of the 2019 IAAF Diamond League.

London is expected to be one of the first competitions of the season for van Niekerk and Barshim, who are both on the comeback from injury.

The ‘six from 2017’ were announced on Twitter, by some of Britain’s greatest ever athletics stars and celebrities, every hour from 10:00 this morning.

Van Niekerk was the first athlete revealed today, by Britain’s greatest ever sprint hurdler and two-time world champion Colin Jackson. The South African sprint star will compete over 400m in one of the most highly anticipated races of the weekend. It will be the first time Van Niekerk, the 400m world record-holder, has raced in the London Stadium since his sensational 400m gold medal and 200m silver medal winning performances in 2017.

Pearson, who was announced by Olympic and three-time world champion heptathlete Jessica Ennis-Hill, will line up against a top-class field. The London stadium is a particularly special venue for the Australian hurdler, who won her Olympic gold medal there in 2012, before once again emerging victorious on this track to secure the 2017 world title.

The 400m hurdles will also be one to watch with Warholm looking for another winning performance on British soil. The Norwegian athlete, who was announced by former European 400m champion Iwan Thomas, won a European indoor 400m gold medal in Glasgow earlier this year to add to his world 400m hurdles title from London 2017 and the European outdoor title he won in Berlin last year.

Barshim is expected to provide excellent entertainment in the men’s high jump. The Qatari athlete was announced today, by another great showman, former world and double Olympic decathlon champion Daley Thompson. Barshim has a strong record in the London Stadium winning his world gold medal there in 2017 and an Olympic bronze medal in 2012.

Stefanidi set a personal best of 4.91m on her way to winning her pole vault world title in London two years ago and will be looking to clear big heights again. The Greek star and reigning Olympic champion, is a great entertainer who always puts on a good show and is very popular with the crowd.

The last name to be revealed was triple jump superstar Taylor. The American, whose outstanding record includes two Olympic and three world titles, was announced by an athlete with her own incredible tally of medals, former Olympic and world 400m hurdles champion Sally Gunnell. Taylor has won Olympic and world gold medals in the London Stadium and this year’s Diamond League fixture will be his first competition there since his victory at London 2017. 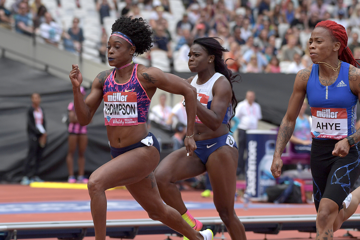 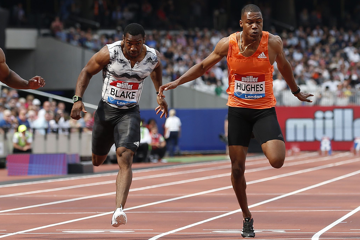