Sonia the queen of Balmoral

24 April 2000 - Sonia O'Sullivan, after being stripped of the world five miles record which she ran in the small Irish market town of Loughrea last October, insisted that winning was her only aim at Balmoral Castle.

And with a skilful transit of the winding and fast tracks of The Queen's royal estate, the Irishwoman negotiated the Compaq five miles race in 24min 50sec. That performance meant O'Sullivan missed the reinstated world mark of 24min 47sec held by world 10,000m silver medallist Paula Radcliffe by a mere three seconds which the Bedford athlete ran over the same Royal Deeside course 12 months earlier.

But O'Sullivan was adamant it was never her intention to chase Radcliffe's record - the same time she ran in Loughrea which was erased from the record books after organisers failed to ensure the course was not downhill.

On that occasion, more than 20,000 fans worshipped every stride of national hero O'Sullivan in her first appearance since the birth of daughter Ciara three months earlier.

Support for O'Sullivan, from a very vocal Scottish crowd, totalled more than 10,000 spectators. And she entertained them with another classical performance as she left Tegla Loroupe and Joyce Chepchumba behind, when breaking for home one-and-a-half miles away from the finishing line.

In fairness the two Kenyans - first and third only six days earlier in the Flora London Marathon - were still suffering aching limbs from their efforts around the streets of the capital. But few - even the absent Radcliffe on honeymoon after her marriage the previous Saturday - would have lived with the ruthless Irishwoman.

But O'Sullivan reiterated her pre-race statement that what was important at Balmoral was that after a lean spell victory was essential and in a good time. The 30-year-old matched both aspirations.

"I was running only to win today - I wasn't after any world record," insisted O'Sullivan. "But the way I did perform told me it wouldn't be hard to break the record.

"Maybe Loughrea was a legal performance. Certainly I ran a lot faster there and it took a lot more out of me than it did today."

But O'Sullivan admitted she had savoured her success on her first visit to Balmoral. She said: "There's always a point when you win a race and it normally takes no more than 10 seconds. Today it was on the hill second time around.

"I sensed I was the stronger the first time we ran up there and it was always going to be my decision to go there. It was whether Tegla could respond."

Not surprisingly the tiny Loroupe whose time was 25:23, six seconds ahead of Chepchumba who ran the entire race with a loose shoelace, failed to do so.

But both marathon stars earned appreciative applause from the spectators acknowledging the pair's marvellous contribution to the race after the exertions of the London race.

In the BUPA Caledonian 5 miles, Fita Bayissa, a frequent visitor to British shores, was also a runaway winner. The Ethiopian's time of 22:29sec – eight seconds short of the course best world half marathon record holder Paul Tergat ran last year - won him the race by 23sec from another Kenyan, Julius Kintai. Enrique Molina was third in 22:54 outsprinting the legendary steeplechaser

Moses Kiptanui, who, as last-minute replacement for fellow countryman Tergat, was only a second down on the Spaniard despite having only arrived from Kenya six hours before the race.

Behind them in 22:57 was the first Briton, Karl Keska. The Midlander travelled to Balmoral hoping to gain experience against world class opponents. Keska, 27, a late developer but already selected for the Olympic Games, learned first hand how tough the 10,000m final in Sydney is going to be.

The Kent man had the satisfaction of claiming the scalps of his two much higher profile British rivals, Tony Whiteman third in 11:03 and John Mayock who clocked 11:06 for fourth place.

The Ethiopian who contested every Olympic and world championship final over 5,000m in the 1990s, won in a time of 22:30 - only seven seconds short of the course record set by Kenya's Paul Tergat last year.

First Briton home was the newly emerging Birchfield Harrier Karl Keska, who learned a lot from his more experienced opponents. The 1998 AAA champion as fifth in 22:57. 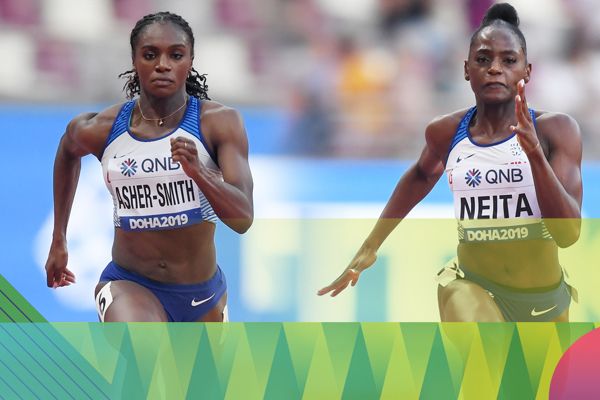