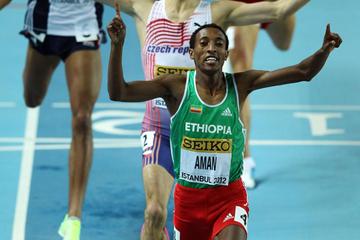 Over the last 16 years there have been five World indoor records and three World indoor junior records in the middle and long distances at the XL Galan, an IAAF Indoor Permit meeting. And that tally could be set to grow on February 21.

Haile Gebrselassie, Daniel Komen, Maria Mutola, Meseret Defar, Abubaker Kaki, Belal Mansour Ali and Kalkedan Gezahegne could be followed by new names as seven World and Olympic medallists will take part in the 800m and 1000m at the Ericsson Globe Arena in Stockholm.

But the real danger could be Djibouti’s Ayanleh Souleiman, who is reported to be in great shape. The 20-year-old from Jama Aden's prolific group of international athletes showed great ability last summer, clocking 3:30.31 for 1500m at age 19, but he picked up an injury shortly before the Olympics where his training partner Taoufik Makhloufi won the 1500m.