With the introduction of the IAAF Diamond League in 2010, its predecessor the IAAF Golden League which has been title sponsored in the last few years by ÅF, the Swedish technical consulting group, but has also had TDK and Ericsson in that title role too during in its history, has seen its last race run, its last jump executed, its last hurdle cleared, and its last throw released.

The Memorial Van Damme meeting in the Belgian capital last Friday (4 September) closed out the twelfth and final year of Golden League competition, a European series of one-day meetings which has had the US$1Million Jackpot as its centre piece.

Next year the premier rung of the international one-day circuit is reborn as the IAAF Diamond League, a 14-meet tour stretching across the globe from Asia, to America to Europe, with Brussels sharing the status as a joint Diamond League final with Zürich.

Over the 12 years of the Golden League, the series has attracted 2.5million stadium spectators, 1.2 billion TV audience and 15,000 hours of TV programming!

Since 1998, dozens of athletes have tasted at least a share of the famous $1 Million Dollar Jackpot with three becoming outright millionaires, and there have been over 30 World records set in the Golden League.

We bid a fond farewell to the IAAF Golden League. 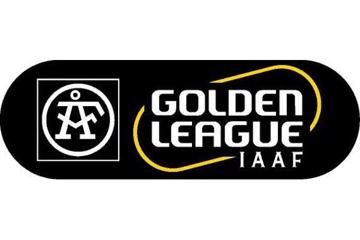