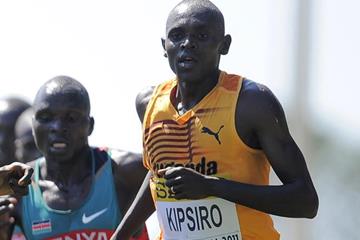 Having won medals at the previous five editions, Uganda missed out on a medal in 2013, despite having two top-five finishers in the senior men’s race. But the Ugandan team for the IAAF World Cross Country Championships, Guiyang 2015 looks formidable.

All five have been in good form this winter, too. Kipyeko won the Ugandan Cross Country Championships, while Kusuro recently clocked the fastest half-marathon performance by a Ugandan with his 59:43 run at the Rome-Ostia race.

Toroitich has won races in Venta de Banos and Amorebieta this winter, while Kibet and Kipsiro have recorded victories on the roads in Santurce and Trier respectively.

Chekwel finished ninth in the senior women’s race at the last World Cross and booked her place on the team after winning the Ugandan trials with a 27-second margin.