Another year, another ‘anniversary’, same old story. At least, that’s how it looks for the IAAF Diamond League in London this weekend where, for the second year in a row, the state of Usain Bolt’s uncertain fitness and readiness for an upcoming global championships is the big talking point at Britain’s premier international meeting.

According to the organisers, this year’s Muller Anniversary Games features more than 50 global medallists across its two-day, 27-event format, but there’s little doubt which one will attract most attention.

Bolt’s return to the scene of his triple Olympic triumph four years ago is again shrouded in question marks. Last year, the tall Jamaican’s recovery from a pelvic injury prior to the IAAF World Championships in Beijing was athletics’ big worry; this time it’s his return from the hamstring tear that forced him out of his national championships on 1 July.

Bolt’s appearance in the 200m on Friday night comes just three weeks after that Kingston withdrawal and will be only his sixth competitive outing of the year, his first at the longer sprint.

The man himself insists he’s back on track for the Rio Olympics next month and in the sort of form that saw him clock a 9.88 100m back in June. Since then, three men have gone sub-20 for the 200m, including Canada’s Brendon Rodney, who could be his major rival in London alongside 2009 world silver medallist Alonso Edward and perennial world finalist Nickel Ashmeade.

None of them will be rewarded with Diamond Race points, however, as the men’s 200m is one of 11 non-Diamond-Race events on the schedule.

Clash of champions in pole vault

Among the others are the men’s pole vault, which features world record-holder Renaud Lavillenie against world champion Shawn Barber and USA’s Sam Kendricks; the Emsley Carr Mile, which does not feature two-time winner Asbel Kiprop but does feature 3:47 man Silas Kiplagat; and the women’s 100m, in which Jamaica’s other triple Olympic champion, Shelly-Ann Fraser-Pryce, aims to send a message to her Rio rivals.

Fraser-Pryce races on Saturday, while Bolt’s headlining half-lap affair will be the climax of Friday’s programme.

Before it, there will much notable IAAF Diamond League action, not least in the women’s 100m hurdles, where no fewer than eight quality US athletes, headed by world leader Kendra Harrison, 2008 Olympic champion Dawn Harper Nelson and 2013 world champion Brianna Rollins, take on British sisters Tiffany Porter and Cindy Ofili, plus their combined-eventing compatriot, Jessica Ennis-Hill (who also competes in Saturday’s long jump).

While that event features five sub-12.50 sprint hurdlers, the women’s 400m field includes four sub-50 one-lappers, including Shaunae Miller of The Bahamas and Jamaica’s Stephenie Ann McPherson, who are separated by just one point at the top of the Diamond Race standings.

It’s a similar tale in the men’s triple jump where the season’s top two IAAF Diamond League performers go head-to-head – Christian Taylor and Alexis Copello. While not quite at the bounding brilliance of 2015 so far this year, Taylor will no doubt hope to find inspiration in the arena where he picked up Olympic gold in 2012.

Keshorn Walcott will be looking to the same source for his spark as he seeks much-needed points in the javelin. The Trinidad and Tobago thrower shocked the world when he won Olympic gold here four years ago but with in-form Germans Johannes Vetter and Julian Weber, plus Latvia’s recent European champion Zigismunds Sirmais, in the field, he’ll be hard pressed to repeat his London victory.

Of Friday’s non-Bolt men’s track events, the 800m could be the pick of the bunch with Olympic silver medallist Nijel Amos in the field, while the 100m features European record-holder Jimmy Vicaut against the Dutchman who beat him to the European title last week, Churandy Martina, plus the ever-quickening veteran from St Kitts and Nevis, Kim Collins.

Schippers set to star on Saturday

If Bolt’s 200m is Friday’s bill topper, then Dafne Schippers’ women’s 200m could well be the headline event of Saturday afternoon. The Dutch heptathlete-turned-sprinter was close to her brilliant best in winning the European 100m title in front of an ecstatic home crowd in Amsterdam last week and the 200m world leader will be favourite to bag maximum points here to extend her Diamond Race lead.

Eight of this season’s sub-49 men line up in the 400m hurdles, including world leader Johnny Dutch plus his US teammates Michael Tinsley and Kerron Clement. Tinsley leads the Diamond Race, but Clement and Javier Culson will look to make up points on the Olympic silver medallist, as will Turkey’s Yasmani Copello.

World record-holder Aries Merritt has a chance to re-set his season at the site of his greatest triumph after missing out on the chance to defend his Olympic 110m hurdles title when he finished a vest’s width outside the medals at the US Championships a few weeks ago. Frenchman Dimitri Bascou is the best of the rest in another of the meeting’s non-Diamond-Race events.

Points are on offer in Saturday’s top field events, however, including the women’s discus in which Sandra Perkovic seeks to add to her four-meet max of 40 points, and the men’s shot, in which top-ranking Joe Kovacs faces his Diamond Race chaser Tom Walsh. The New Zealander is just two adrift of the US world champion on the current leaderboard.

Ekaterini Stefanidi, another Diamond Race leader, will be the one to beat in the women’s pole vault. The Greek athlete faces world champion Yarisley Silva of Cuba and world leader Fabiana Murer as the Brazilian gears up for a home Games in threee weeks’ time.

Britain’s Olympic, world and two-time European champion, Greg Rutherford, is missing from the men’s long jump field but Mo Farah, that other hero of 2012’s so-called ‘Super Saturday’, is lined up to bring the curtain down on this year’s meeting.

Farah runs the 5000m on this track for the first time since he claimed his second Olympic gold four years ago. He’s already clocked the second-fastest 10,000m time in the world this year and he broke the British record for 3000m at the IAAF Diamond League meeting in Birmingham on 5 June.

The top Ethiopians are all absent from this field, but Farah faces opposition from Kenyan duo Edwin Soi and Bethwell Birgen, plus USA’s remarkable 41-year-old Bernard Lagat, who fine-tunes his preparations for a fifth Olympic Games. 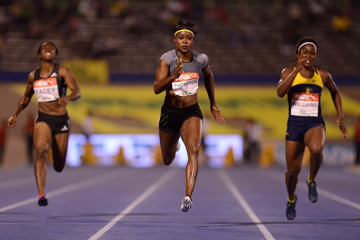 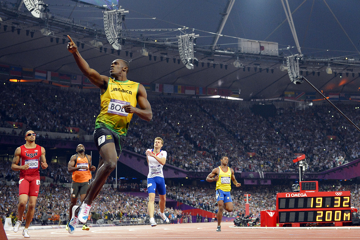 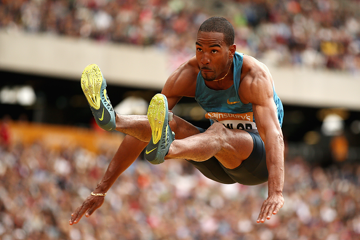