Kendricks, Crouser and Muir among the headliners in Silesia

Crouser, the Olympic shot put champion, has been on a tear this season, improving his personal best to 22.91m and throwing 22.72m in Des Moines last Saturday, in a competition where he threw beyond the 22-metre line on each of his six attempts. His appearance in the freshly renamed National Athletics Stadium will be his first outside the United States this year.

Crouser has been a class apart this year, but organisers have assembled much of the best of the rest to take him on. He'll be butting heads with rising Italian star Leonardo Fabbri, who improved to 21.99m last weekend to take the national title, and Polish star Michal Haratyk, the European champion. Haratyk has shown fine form this season, with a best of 21.88m set at this stadium on 25 August. Nick Ponzio, fourth on this season's world list at 21.72m, is also on the slate, along with two-time world champion David Storl of Germany. 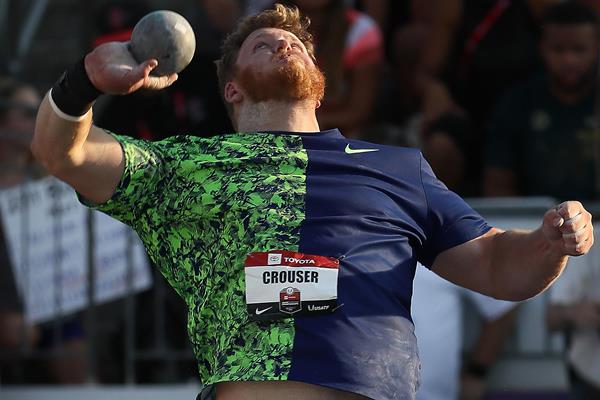 Kendricks, the two-time world pole vault champion, returns to the stadium just days after a 6.02m leap in Lausanne, the second highest of his storied career. That improved on his 5.82m season's best set at the Janusz Kusocinski Memorial in the same Silesia stadium on 25 August.

The Polish presence will be strong, too, with triple World Championships medallist Piotr Lisek, who has scaled 5.90m this season, and 2011 world champion Pawel Wojciechowski also jumping. Lisek has been nursing an injury that forced him to the sidelines in Lausanne.

Meanwhile, European 1500m champion Muir returns to action after an impressive 3:57.86 victory in Stockholm where she dominated a solid field, and a 2:00.16 800m victory in Marseille on Thursday night.

She’ll face Polish star Sofia Ennaoui, who finished second to Muir over the distance at the most recent editions of the European indoor and outdoor championships.

Ethiopians Lemlem Hailu, the world U20 indoor record-holder at 4:01.57, and 800m national record-holder Habitam Alemu are also in the field.

The meeting honours Kamila Skolimowska, the winner of the inaugural women’s Olympic hammer competition in 2000 who passed away in 2009; fittingly her event figures prominently.

Held simultaneously with men and women alternating throws, the men's side features four-time world champion Pawel Fajdek and Wojciech Nowicki, the bronze medallist at the past three World Championships who has thrown 80.28m this year. The women's field is led by Alexandra Tavernier of France, second on the season's list with 74.94m, and Malwina Kopron, third in the world at the moment with 74.18m. 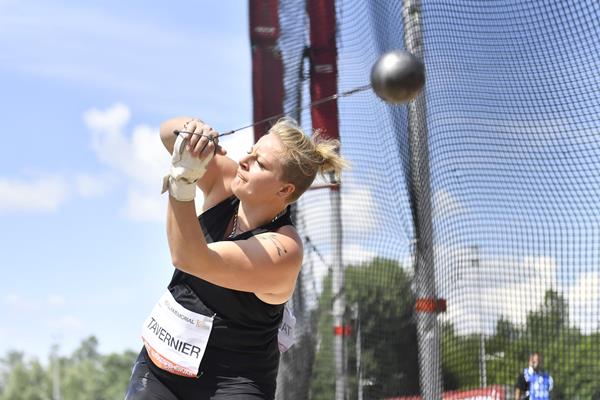 In the discus, world champion Daniel Stahl will be gunning for a 13th straight victory this season and again will face a strong cast which includes 2017 world champion Andrius Gudzius and Kristjan Ceh of Slovenia, the European U23 champion.

World leader Johannes Vetter of Germany and Olympic champion Sara Kolak of Croatia head their respective fields in the javelin while Aliona Dubitskaya of Belarus tops the field in the women's shot put.

Back on the track, the men's 800m will feature two of Poland's finest middle distance runners of recent years, Adam Kszczot and Marcin Lewandowski, squaring off for the 71st time over the distance.

Kszczot, won the world indoor 800m title two years ago, holds a 41-29 lead in head-to-heads, but Lewandowski, who raced to world 1500m bronze last year, finished ahead of his rival in their last meeting on this very track 10 days ago. That race was won by world bronze medallist Ferguson Cheruiyot Rotich, who is also racing again on Sunday after his 1:44.24 victory in Marseille last night.

The women's 100m features rising Swiss star Ajla del Ponte who has chiseled together an unbeaten 100m season, seven victories that include triumphs in the Monaco and Stockholm legs of the Wanda Diamond League. Del Ponte, who has improved to 11.08 in 2020, will face two-time world 200m champion Dafne Schippers and Polish star Ewa Swoboda. 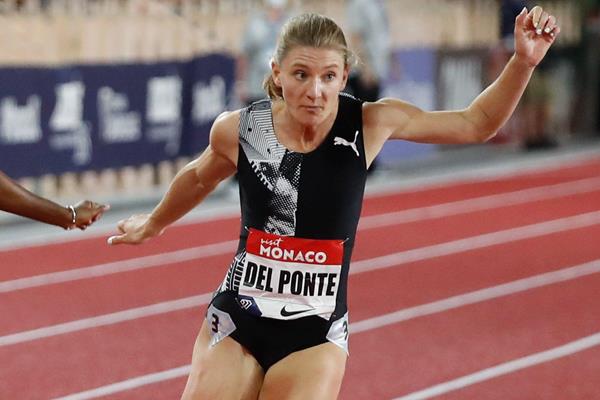 Nadine Visser will start as the woman to beat in the 100m hurdles, arriving unbeaten in six appearances this season and as the world leader with 12.68. She'll take on European champion Elvira Herman from Belarus and Polish challenger Karolina Koleczek, with a best of 12.75 from last year.

The 400m contests will also have a strong domestic focus, with European champion Justyna Swiety-Ersetic and Iga Baumgart-Witan in the spotlight in the women's race and Karol Zalewski, a member of the 4x400m relay quartet that raced to world indoor gold in 2018, the men's. Swiety-Ersetic, who has a 51.44 season's best to her credit, will also face Dutchwoman Lieke Klaver who has improved to 51.39 this season. Zalewski has a 45.47 season's best, placing him eighth on the 2020 season's list.

Poland's current coronavirus pandemic restrictions on public gatherings allow stadiums to be filled to 50% capacity. In Silesia, that means that upwards of 27,000 spectators will be allowed to enter the National Athletics Stadium which will host the World Athletics Relays next April.