Only two women have successfully retained their junior crown in the history of the IAAF World Cross Country Championships and on Sunday March 24 in Bydgoszcz, Poland, Kenya’s Faith Chepngetich Kipyegon will attempt to become the third.

Held at the same venue as the 2010 global championship, this now biennial competition will see the 19-year-old defending champion seek to replicate the achievements of her fellow countrywoman Viola Kibiwot, the 2001 and 2002 winner.

Another athlete Kipyegon will be keen to follow in the footsteps of is Ethiopia’s World indoor 1500m champion, Genzebe Dibaba, who enjoyed back-to-back victories in 2008 and 2009 before embarking on a fine senior career.

Kipyegon, the World junior 1500m champion, comfortably won the Kenyan trial and will be joined in Poland by Caroline Chepkoech Kipkirui.

The 18-year-old finished fifth in the World junior 5000m final in Barcelona last summer and took the bronze medal over 3000m at the 2011 World Youth Championships.

Newcomer Alemitu Haroye will lead Ethiopia’s hopes following an impressive trials win from the 17-year-old, while her team-mate Buze Diriba, the World junior 5000m champion, is another set to challenge for a medal.

The 19-year-old finished tenth in the 2011 event in Punta Umbria and was the runner-up in the trial for this championship.

A third Ethiopian, Ruti Aga, placed fourth in the trial but will look to find the sort of form which helped her to capture World junior 5000m silver behind Diriba last summer.

The 19-year-old beat older rivals to win the Brussels leg of the IAAF Cross Country Permit Series back in December and will be joined by Kenya’s 16-year-old Roseline Chepngetich in the fight for the minor medals.

Elsewhere, Britain’s Emelia Gorecka will be hoping to get in the mix following a World junior 3000m bronze medal last year.

The 19-year-old European cross country silver medallist – and former champion – recently claimed her seventh consecutive British title and is eager to improve on her best position of 15th from the 2011 event. 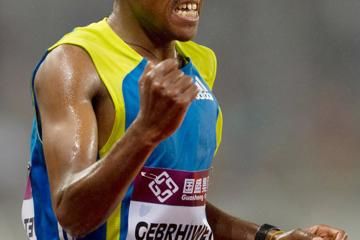