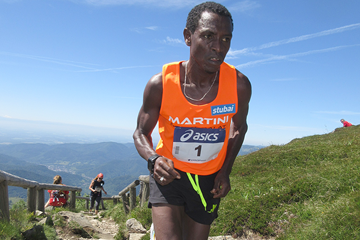 Heading into the Stellina Partisan Memorial on Sunday (27), held in the Italian town of Susa, Eritrea’s Petro Mamu and Italy’s Alice Gaggi will be hoping to maintain their lead at the top of the standings in the fifth of seven WMRA World Cup races.

France’s top mountain runners Julien Rancon and Gasper Bregar are also in the field, so too is Slovenia’s Miran Cver and Austria’s Simon Lechleitner.

Although Gaggi leads the women’s WMRA World Cup standings, Sarah Tunstall will start as the favourite in Susa. The Briton took the bronze medal at the recent World Championships in Premana, finishing almost three minutes ahead of Gaggi.

This year’s Stellinarace will be the first edition without Adriano Aschieris, patron of the race, the man who organised many world and Italian mountain running championships in Susa Valley, including the 2016 World Masters Mountain Running Championships.