Garrett Heath’s first win at the Great Edinburgh X Country two years ago came as something of a shock. He surprised his opponents again one year later when he successfully defended his title, yet few would have put money on him beating double world champion Mo Farah and winning for a third time on Saturday (9).

But that is exactly what the US distance runner did at Holyrood Park, handing Farah his first cross-country defeat since 2010 in what was the double Olympic champion’s first race of 2016.

In the last race of the day, and after a heavy shower of rain half an hour earlier, the course for the men’s 8km event around Arthur’s Seat was choppy and muddy. Understandably, the race got off to a cautious start with a large group covering the first lap in 6:19.

Farah was buried deep within the pack, while Heath was near the front, just a stride to two behind early leader Callum Hawkins of Great Britain.

At the start of the second lap, Farah started to move through the pack and briefly held the lead at the end of that circuit. It was short-lived, however, as Heath, Hawkins and Ross Millington continued to share the lead throughout the third lap.

Hawkins went through the three-lap mark in 16:05 but it was still wide open as just five seconds separated the top 13 athletes. Heath and Farah were still close behind Hawkins on the fourth lap, but with the clock reading 19:30, Farah hit the front once more.

His move was not decisive, though. Farah went through the bell in 20:54 with Heath and Millington close behind and Hawkins and USA’s Scott Faubl another second adrift. Those five athletes had broken away from the rest of the field but it was still impossible to call.

They each had their moments at the front on the last lap, but Heath was the only one who was able to pull clear. He opened up a few metres on Farah leading into the final uphill section. By the time they had negotiated the muddy hill, Heath’s lead had doubled. With the finish line in sight, both Heath and Farah unleashed their finishing kicks, but the Briton was unable to make a dent on Heath’s lead.

Heath crossed the line in 25:29, two seconds ahead of Farah. Faubl was third in 25:38, while Hawkins and Millington rounded out the top five.

“I didn’t expect to win again,” said Heath. “Mo is such a great runner, I wanted to be up there running with him. I saw my team-mate come up next to me with 800 metres to go and I got excited. I kept waiting for Mo to kick past me in the home stretch, because I could hear people shouting.”

Farah, who will soon head off for a training stint in Ethiopia, was gracious in defeat. “It’s early in the season,” he said. “I never want to lose a race, but it’s better to lose now than later in the year. Garrett Heath is a great athlete.”

Victory at last for Avery

While Britain’s top distance runner missed out on victory in the men’s race, the host nation had cause for celebration in the women’s 4km event.

Two-time European cross-country silver medallist Kate Avery led from the early stages. The rain started to fall heavily soon after the start of the race, but that didn’t deter Avery, whose lead continued to grow with each lap.

Double European cross-country champion Fionnuala McCormack was the only athlete able to stay near Avery during the second half, but she was always a comfortable distance behind.

McCormack, as ever, was strong in the final stages, but was only able to make up one second on Avery. The Briton crossed the line in 21:05, four seconds ahead of her Irish rival, who was representing Europe in the team contest.

Gemma Steel, the 2014 European cross-country champion, was a distant third in 21:31 with Romania’s Ancuta Bobocel taking fourth in 21:38.

“I always seem to be in the medals and never quite on top,” said Avery. “I’m over the moon with that win.”

In the mixed 4x1km relay event – separate from the team competition – a Scottish team anchored by Laura Muir won by nine seconds from Great Britain. 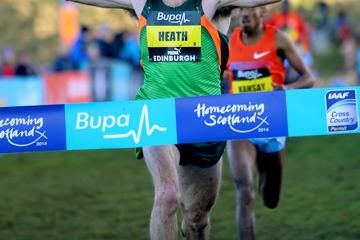 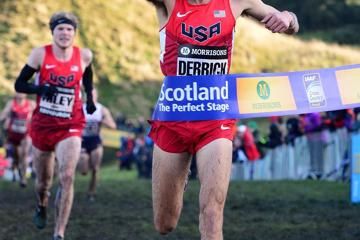 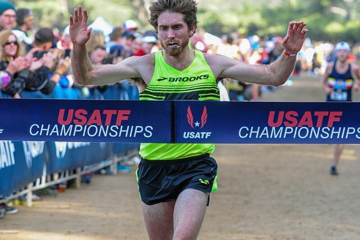 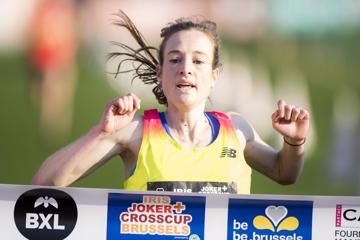