Jasmin Stowers provided the undoubted highlight of the final day of the Drake Relays when she scorched over the barriers to win the 100m hurdles in a meeting record and personal best of 12.40 in Des Moines, USA, on Saturday (25).

Aided by a 1.5 metres-per-second breeze on her back but still facing chilly conditions, Stowers sliced 0.31 from her personal best, moved to 12th on the all-time list for the event and defeated a top-class field in Des Moines that included 2008 Olympic champion Dawn Harper Nelson.

Harper Nelson, last year’s Diamond Race winner in the event, was second in 12.71 just edging out Kristi Castlin, who was third in 12.72, with world champion Brianna Rollins fourth in 12.75.

"The time that I ran was crazy to me," said Stowers. "It shows me that I can do (well) for the world trials and make the world team and possibly the Olympics the next year."

Stowers, 23, has only made one previous appearance on the global stage, when she finished fourth at the 2007 IAAF World Youth Championships but she showed during the winter that she has now become a force to be reckoned with in the senior ranks when she won the 2015 US indoor 60m hurdles title.

Sanya Richards-Ross was a distant second in 51.09 with Jamaica’s Novlene Williams-Mills third in 51.11.

Almost as big a shock as Stowers’ performance was the defeat of World Athlete of the Year Renaud Lavillenie, his first loss in 11 competitions this year.

The competition was moved indoors because of inclement weather conditions and French pole vaulter went over 5.62m with his opening attempt but then brought the bar down three times at 5.82m, a height both USA’s Sam Kendricks and Canada’s Shawn Barber got over at the first time of asking.

Neither men could go any higher so and, despite identical records, after declining a jump-off they took joint first place.

Cassandra Tate took the women's 400m hurdles in 55.68, just holding off Georganne Moline by 0.06 while the men's mile went to Leonel Manzano, who held off world silver medallist Matthew Centrowitz to win in 4:00.05.

In the field, 2012 world indoor champion Will Claye won the triple jump with a world-leading outdoor mark of 16.94m. 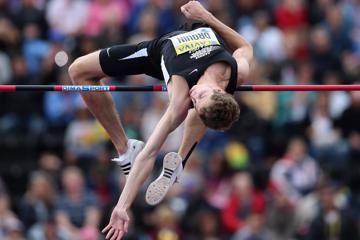 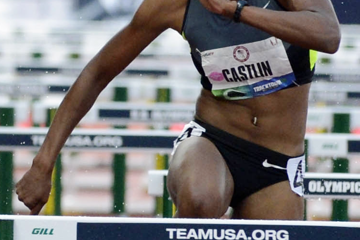 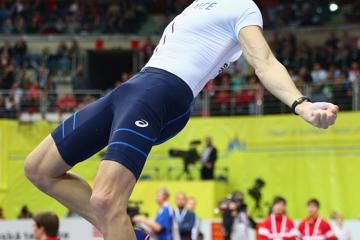 Lavillenie starts the summer and extends his ... 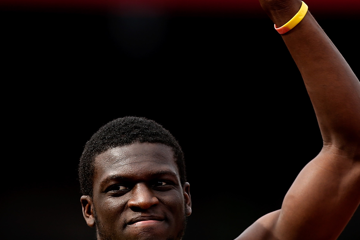