Olympic race walking course put to the test in Rio

A small but international field of athletes had the chance to test the course for this year’s Olympic race walking events when they competed at the Brazil Race Walk Cup in Rio on Sunday (28).

Located in the Southern Hemisphere, Rio is currently experiencing its peak summer temperatures and the thermometer readings on Sunday exceeded 30C during the 50km race.

But when the athletics takes place at the Games later this year, from 12 to 20 August, it will be the middle of winter in Rio and the conditions will be a lot kinder.

The picturesque two-kilometre circuit runs along the coast which faces Pontal island. The asphalt surface is newly laid for the Games, but that wasn’t the only element that was tested on Sunday. The operations centre, race logistics, timing and results technology, and security were all given a run-through.

“The surface was very good, it turned out perfect,” said IAAF technical delegate Luis Saladie, who will be head referee during the Rio 2016 Games. “Of course the circuit will have to be a bit wider, because today we had less than 20 competitors, and at the Games we will have 60.

“The scenery is so beautiful. I think it will be the most beautiful Olympic race walk since I started working in the Games, at Barcelona 1992.”

Rio 2016 athletics manager Martinho Nobre was pleased with the outcome of the test event. “The course, which has already been approved by the IAAF, had to be tested by athletes, and they said it was excellent and will be fast,” he said. “In terms of the technology and electronic timing, everything worked perfectly.”

Sunday’s race was won by Ecuador’s Claudio Villanueva in 4:23:37. The heat may not have been comfortable, but his margin of victory was; he finished more than 10 minutes in front of teammate Rolando Saquipay.

“The surface is very good,” said Villanueva, who finished 18th at the 2013 IAAF World Championships. “It was the temperature that was too much.”

Along with the trio of Ecuadorian athletes who filled the top three places, athletes from Colombia, Brazil and China competed in the race.

Only the 50km race served as the official Olympic test event, but there were men’s and women’s 20km events held one day prior. The men’s race was won by Brazil’s Caio Bonfim in 1:26:12, while China’s Ma Faying took the women’s title in 1:43:49.

BACK
Pages related to this articleAthletes
Claudio Paulino Villanueva Flores 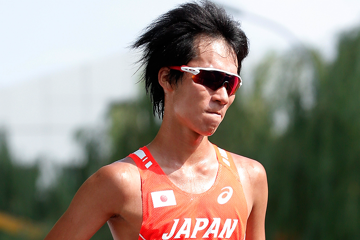 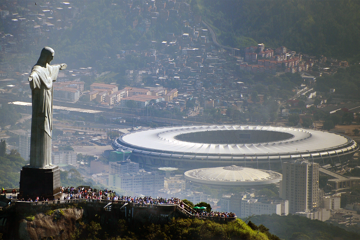