100 ones to watch in Tokyo: hurdles and steeplechase

100 ones to watch in Tokyo - hurdlers

Every 10 days we’re profiling 10 new athletes, each time focusing on a different area of the sport. So far we have looked at the sprints, middle-distance and long distance, so now it’s the turn of the hurdles and steeplechase. 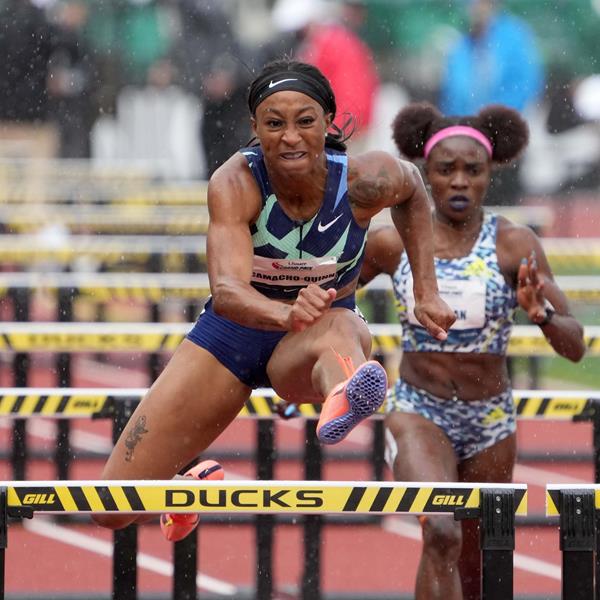 After improving her own Puerto Rican record to 12.32 to move to equal seventh on the world 100m hurdles all-time list in Eugene in April, Camacho-Quinn will be hoping to make more history for her nation in Tokyo. There she will aim to become the first Puerto Rican woman to win an Olympic medal in athletics and given her recent form, she will surely be going for gold.

The 24-year-old hit a hurdle and missed out on the final when making her Olympic debut in 2016 but now working with coaches Gary Evans and John Coghlan – who travelled from Ireland to guide her – the US-based athlete has moved on from that heartbreak. “Yeah it’s an Olympic year, but my whole mindset is like ‘okay, let’s go out there, let’s do this’, instead of dwelling on what happened in the past,” she said recently. “I’m keeping a positive mindset and just trying to keep my body healthy to make it there.” 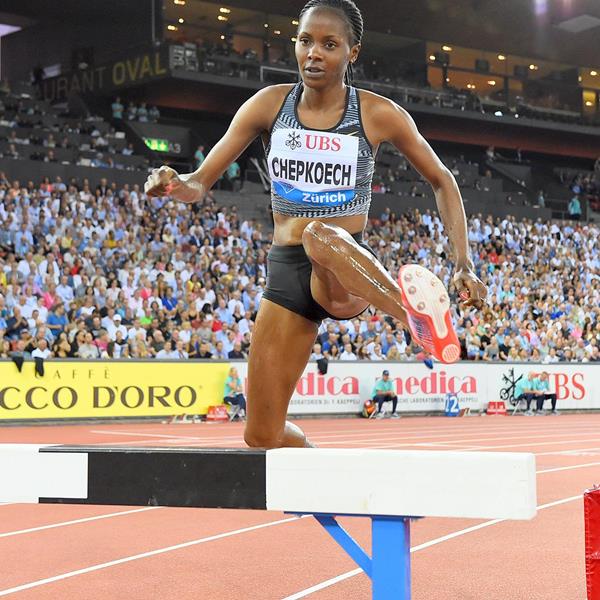 Since finishing fourth in the 3000m steeplechase at the Rio Olympic Games, Chepkoech has become a world record-holder in two events by first taking the steeplechase mark to 8:44.32 in Monaco in 2018 and then improving the global 5km mark to 14:43, also in Monaco, in February of this year.

The Kenyan was also fourth at the 2017 World Athletics Championships when she missed a water jump and had to double back to complete it, but two years later she became world champion thanks to her success in Doha. The 29-year-old’s recent form shows she is in the shape to emulate that in Tokyo and become her nation’s first female Olympic champion in the event following its introduction to the programme in Beijing in 2008. 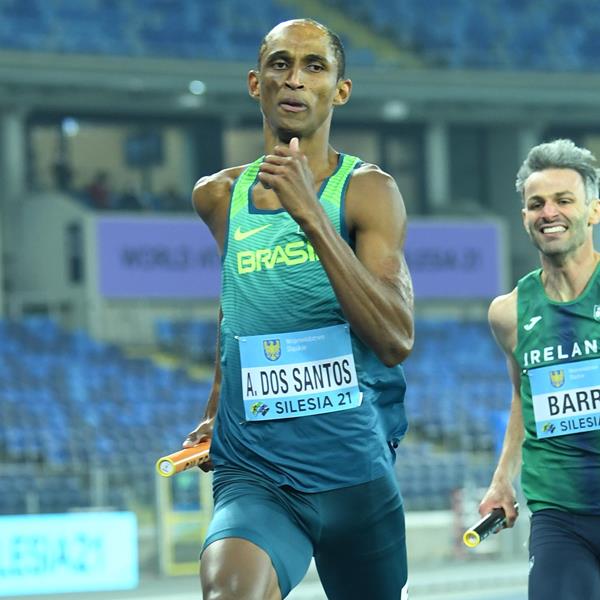 After a breakthrough 2019 which saw him improve his PB – also the South American U20 record – seven times, eventually clocking 48.28 to finish seventh at the World Athletics Championships Doha 2019, Dos Santos has picked up from where he left off this year. The 20-year-old didn’t race in 2020 but broke the senior Brazilian record with 47.68 when finishing third at the USATF Golden Games earlier this month. He also ran the fastest split of the mixed 4x400m final at the World Athletics Relays in Silesia as he anchored his team to second place with a 44.62 leg.

His breakthrough came in a year packed with impressive 400m hurdles performances, particularly by the top three in Doha – Karsten Warholm, Rai Benjamin and Abderrahman Samba – and Dos Santos believes his style is most similar to two-time world champion Warholm’s. “I really like him and his personality,” Dos Santos has said. “I'd like to be a character in the sport like him.” 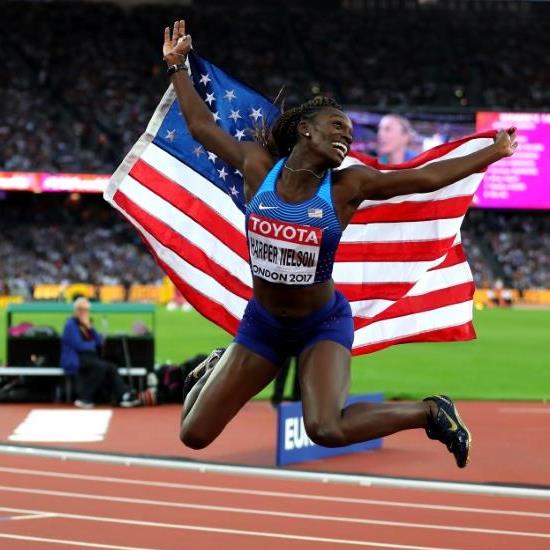 Harper Nelson’s childhood dream was to become an Olympic champion, wife and mother – she has achieved all three and announced her retirement in 2018, giving birth to her daughter in April 2019. But she couldn’t stay away from the sport and later that year she made a comeback. “Watching the World Championships in Doha also gave me huge encouragement, seeing mothers like Nia Ali, Shelly-Ann Fraser-Pryce and so many others light it up,” she told Spikes. “By then I had already made my mind up and started my training, but to see them do what they did gave me that last push.”

The 37-year-old ran her PB of 12.37 to claim silver at the 2012 Olympics in London, four years after winning gold in Beijing despite knee surgery before the US trials and making the team by just .007 of a second – with no sponsor and running in shoes lent to her by an injured teammate. Now she targets a third Olympics. 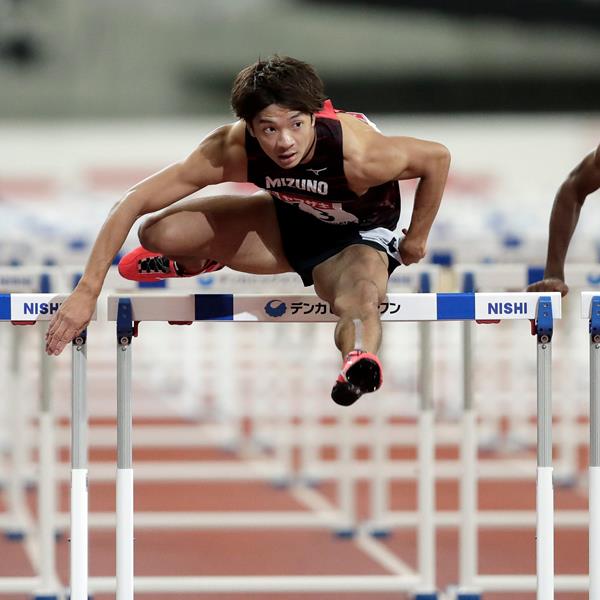 The spotlight has been on home favourite Kanai in the run-up to Tokyo, with the 25-year-old having clocked 13.16 at last month’s Mikio Oda Memorial Athletics Meet to improve the Japanese 110m hurdles record set by Shunya Takayama in 2019 by 0.09. That mark moved Kanai, who had a previous best of 13.27, to second on the Asian all-time list behind China’s Liu Xiang with 12.88.

He has had some top domestic competition, however, meaning the squad for the home Games looks set to be a strong one. At the official test event earlier this month, Kanai just held off national indoor record-holder Shunsuke Izumiya and former national record-holder Shunya Takayama at the venue which will host athletics action later this summer. He plans to retire after the Tokyo Olympics as he'll be starting medical school. 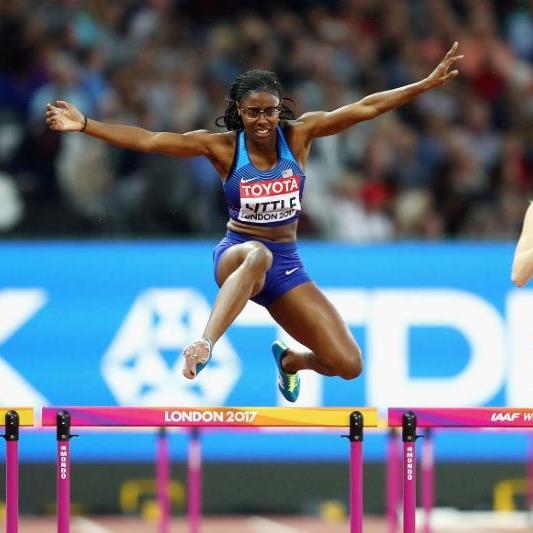 Having missed out on the US team for the 2019 World Athletics Championships, Little went on to finish between her compatriots Sydney McLaughlin and Dalilah Muhammad – the world silver and gold medallists respectively – at the Wanda Diamond League final in Zurich. The 26-year-old has already made her intentions this year very clear and opened with a world-leading 53.65 to win at the USATF Golden Games in what was her first hurdles race since that Zurich outing.

In the meantime, the 2015 world silver medallist’s flat speed has gone up another notch. Little – who won the 2014 world U20 title – became only the second woman to ever break 53 seconds for the 400m hurdles and 50 seconds for 400m flat with a 49.91 PB at the Miramar Invitational in April. 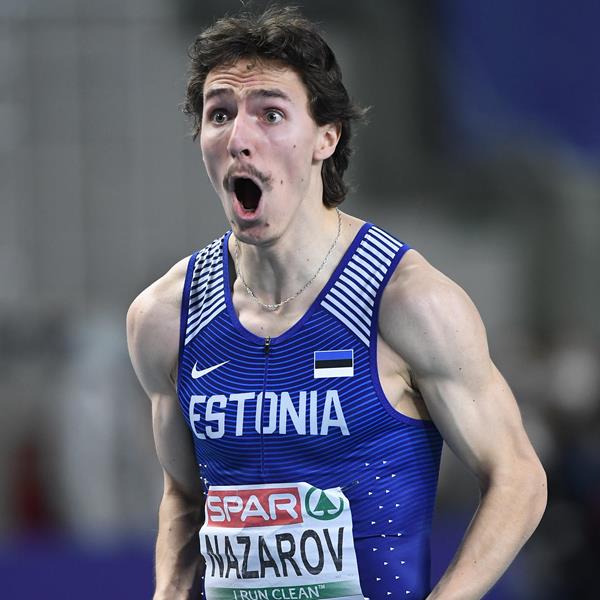 The versatile moustached Estonian set national records in the 60m (6.62) and 60m hurdles (7.74) during the indoor season and one of his challenges this year may be deciding just which event to focus on. The 22-year-old, who is the nephew of decathlete-turned-coach Andrei, is yet to open his 2021 summer season but has said the 110m and 400m hurdles could feature most prominently.

His 60m PB run secured his place in the European indoor final in Torun in March and his 400m hurdles best of 51.32 was set in 2020, but he is yet to contest the 110m hurdles over the senior hight barriers. 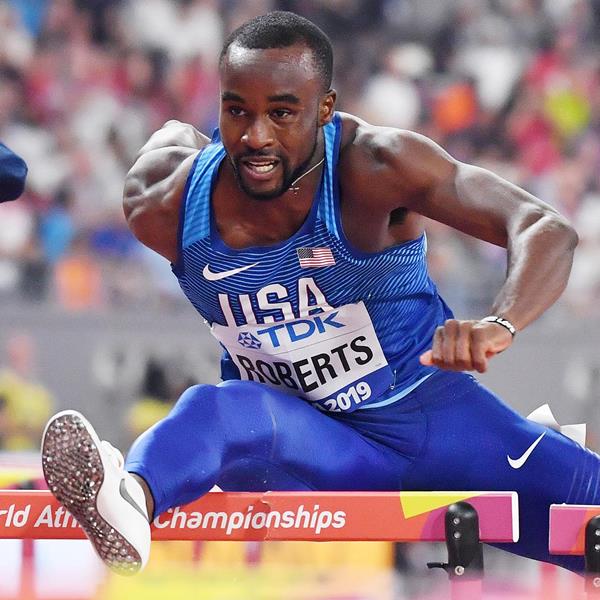 All throughout college Roberts was a big rival of Grant Holloway's, but while his friend went on to win the 2019 world title and break the world indoor 60m hurdles record, Roberts has not had quite the same opportunities. Tokyo could be his chance for redemption.

Roberts was unable to compete during his senior year after a serious American football knee injury but he returned to the track and a few years later the now 23-year-old won the US title ahead of Holloway and Devon Allen. He looked set to build on that at the World Athletics Championships in Doha before he hit a hurdle and was unable to finish his heat. Focusing on flat events outdoors in 2020, he returned to 110m hurdles action at the Miramar Invitational and will now be looking to challenge for a coveted place on the USA’s Olympic squad. 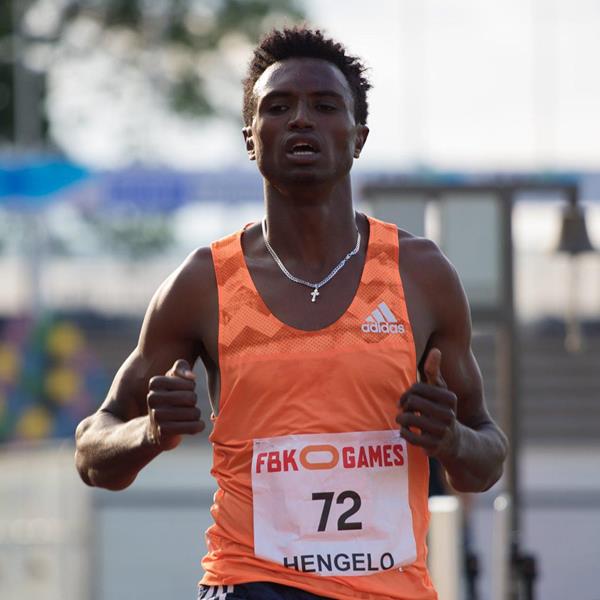 Still aged only 18, Takele has made a successful step up to senior competition and so far this year has run 8:35 for the 3000m steeplechase twice at altitude, first to win the Olympic candidate trial competition in Addis Ababa and then to triumph at the Ethiopian Championships.

In 2019 he won the African U18 2000m steeplechase title and followed that up by clocking 8:14.88 in his debut in the 3000m event a few months later. He didn’t compete in 2020 but his season opener this year saw him finish seven seconds ahead of runner-up Getnet Wale, the Diamond League champion and world fourth-placer who went on to run 7:24 for 3000m indoors. 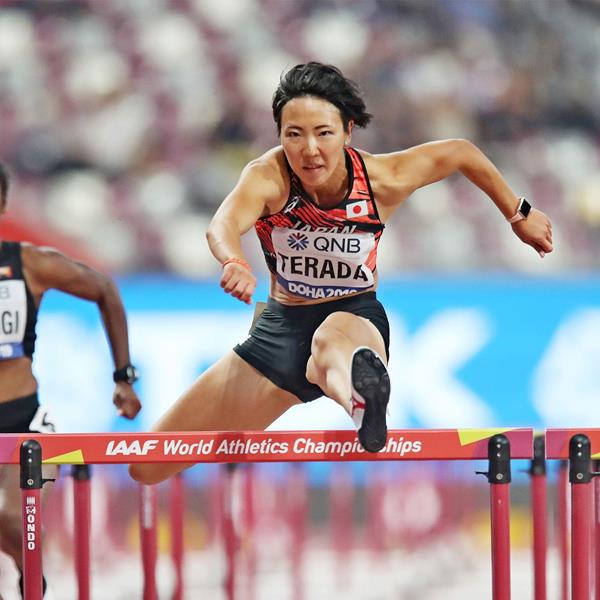 Like Kanai, Terada also broke a Japanese sprint hurdles record in Hiroshima in April, clocking 12.96 to win the 100m hurdles and improve her own national mark from 2019 by 0.01. The 31-year-old’s sporting journey has seen her switch athletics for rugby sevens and then return to the track and having also become a mother during that time, her ambition now is also to make her daughter, Kao, proud.

Terada was the youngest in the 100m hurdles field at the 2009 World Athletics Championships in Berlin and she returned to the world stage in Doha a decade later. After Doha, Terada says she watched videos of world record-holder Kendra Harrison, who is her role model. “She is about the same height and leg length as me, and the way she hurdles with her leading leg is similar to mine,” Terada explained. “She is very quick and fast. I learned a lot from her.” Now she hopes to inspire others herself by making the Olympic final on home soil.